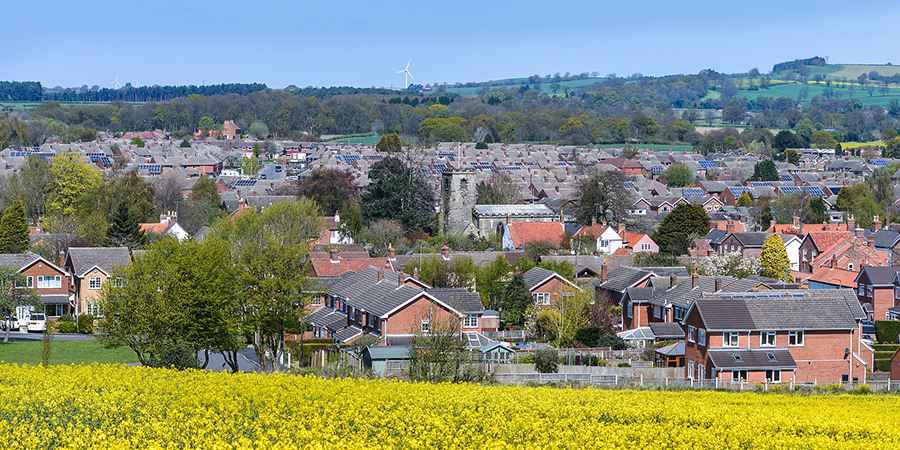 Photo: pixabay.com
For many years Pluckley in Kent as been famously labeled the most haunted village in England, but after researching this claim we found that this title might be a little out of date.
We're pretty familiar with ranking haunted locations and have a unique scoring system and algorithm that we use to rate individual locations. It's this system that lead to Pluckley losing its long-held title to a fascinating village in Nottinghamshire.
We score haunted locations based on longevity of reports, volume of sightings, type of paranormal activity, credibility of witnesses, and whether the location has appeared in the news in recent months/years or been featured in any prominent paranormal investigations or television shows. This ranking system is how we produce our annual list of the 100 most haunted places in the UK.
We set out to grade the haunted villages in England, ignoring Wales, Scotland and Northern Ireland simply because the Pluckley claim is specifically that it is the most haunted village in England.
We already have a database of over 1,500 haunted locations across the UK. We were able to sort this data to produce a list of 15 villages with the potential of being England's most haunted. We eliminated those with less than five distinct haunted buildings or locations and then added up their total marks for each of our scoring criteria before running the remaining villages through our algorithm in the same way as we would a list of haunted buildings.
What we were left with was a ranked list of ten villages throughout England, each of which had a spread of hauntings across the whole village.
Our calculations showed that after more than three decades as England's most haunted village, Pluckley had slipped down the ranking having been overtaken by Tutbury in Staffordshire where the paranormal activity includes phantom soldiers allegedly marching through several of the village's homes, and Calverton in Nottinghamshire, which has taken Pluckley's prestigious title. 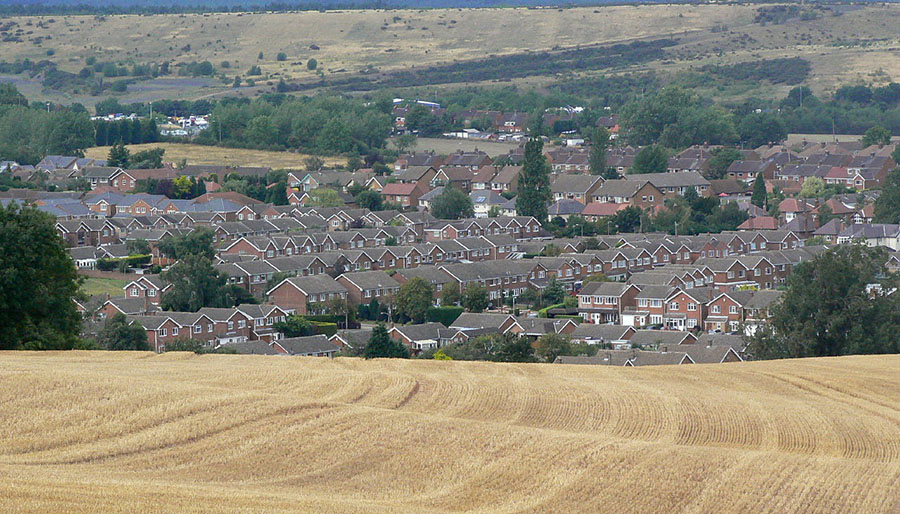 Photo: © Alan Murray-Rust
The historic rural village of Calverton has just shy of 3,000 homes, but boasts at least six distinct haunted locations including the village pub, The Admiral Rodney, which is said to be plagued by paranormal activity resulting from three roaming spirits. The pub is allegedly home to the ghost of a former barmaid and the spirit of a man in a tweed suit with a big beard has been seen in the pub's snug, the landlords believe his name is Tom.
Further along the road is Calverton Folk Museum​, which is said to have a sinister and oppressive atmosphere. This negative atmosphere resulted in an electrician refusing to work alone in the building.
Many motorists are too scared to drive along Georges Lane at night. There have been reports of dark figures seen crossing the road and even ghostly hitchhikers suddenly appearing in the back seat of cars. In a lay-by halfway up George's Hill, an apparition of a woman has been spotted who is said to have died while walking up the hill in the snow on her wedding day. Off of the lane is Foxwood, known by some locals as "witches' wood" due to its alleged connections to witchcraft.
Some of the homes in the village are said to be haunted too, including one on Main Street. When a prospective buyer viewed the house in the 1940s she felt as if she were touched by an unseen hand and heard a voice whisper in her ear.
The now demolished Calverton Hall was also said to be haunted. Locals refused to walk past the building alone and dogs pulled away when they were walked along the pavement outside. There were also reports of a female apparition which was seen passing through the hall's walls, or she simply vanished before their eyes.
For such a small village, Calverton is pretty interesting. Two miles north is the site of the lost settlement of Salterford that is mentioned in the Domesday Book, and Foxwood is famous as the wood where, legend has it, witches once practiced their craft.
But Calverton is also the birthplace of a once-secretive religious sect. John Roe founded his society, The Roeites, in 1780 as an offshoot of the Quakers movement. The group had strict beliefs on arranged marriages within the sect and buried its members in the grounds of their chapel in unconsecrated ground. After his death in 1823 at the age of 91, the Roeites slowly disbanded.
Today there is little sign of the secret society left. Roe's chapel no longer exists and the headstones of his followers' graves are now buried beneath a row of modern houses.
And if all that weren't enough, the village also has a well-documented UFO sighting. A local woman out walking her dogs in 1991 reported seeing a bright orange and white cross in the sky.

Help! Our Village Is Haunted 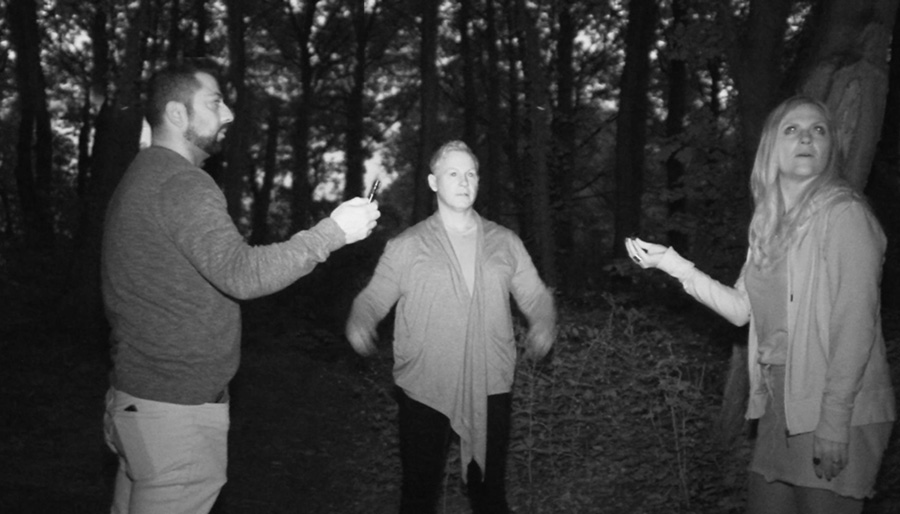 Calverton is said to be so haunted that it became the subject of a 2020 episode of the television show 'Help! My House Is Haunted' in which the team set up base in The Admiral Rodney. Their aim was to get to the bottom of the unusual paranormal activity in not just the pub, but the whole village.
In the episode, investigator Barri Ghai said, "I knew this investigation would be about more than just the pub, as there have been accounts of wider activity in and around the village". To find out more, he went to meet a local taxi driver named John, who took him for a paranormal tour of the village, including the haunted Georges Lane.
John told Barri, "before I moved to Calverton, every time I came down this road the hairs on the back of my neck used to stand up." He's even seen a figure in the road in the middle of the night. He said, "I couldn't make out if it was a man or woman, it was just the shape of a person."
The taxi driver added that other locals have experienced the awareness of somebody getting into their car as they drive down to the village, but the feeling passes once they've completed the journey to the bottom of the road. Some have described this as being a female apparition.
Later in the show Barri joined up with fellow investigators Chris Fleming, and Jayne Harris to tackle the village's ghosts by conducting vigils at various locations in Calverton including The Admiral Rodney, Georges Lane and Foxwood.

More On Haunted Villages View All 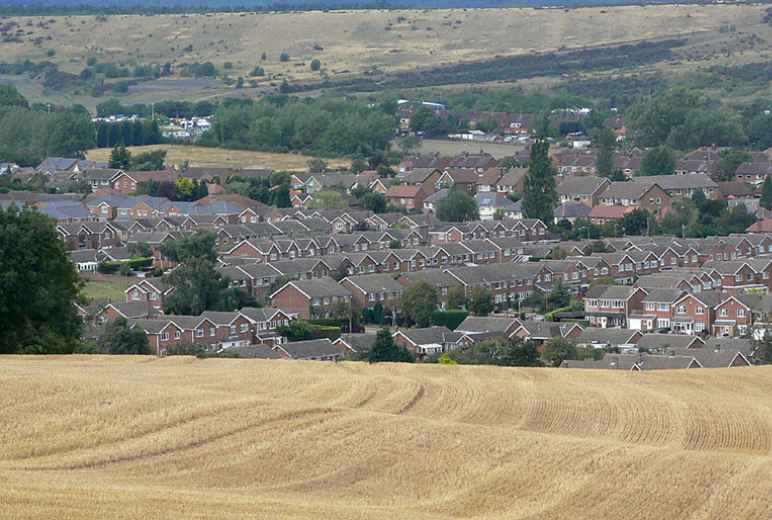 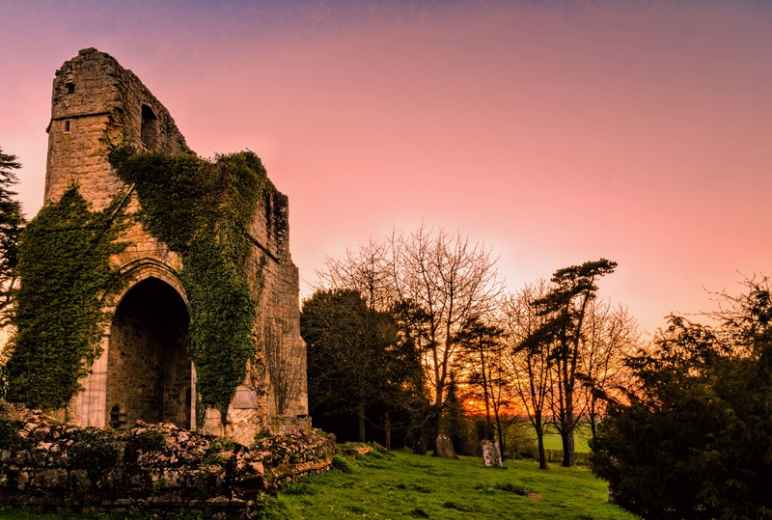 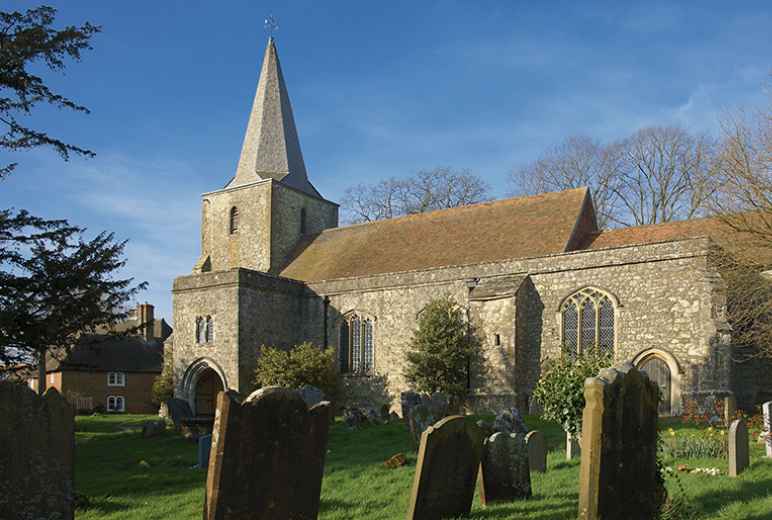 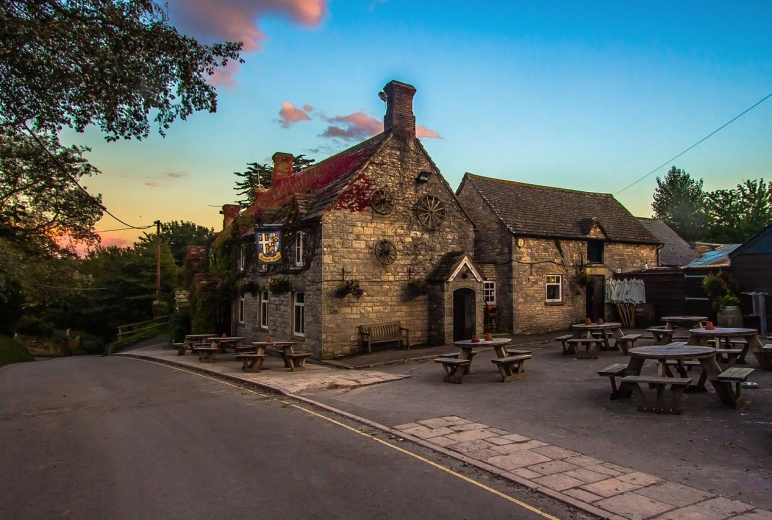