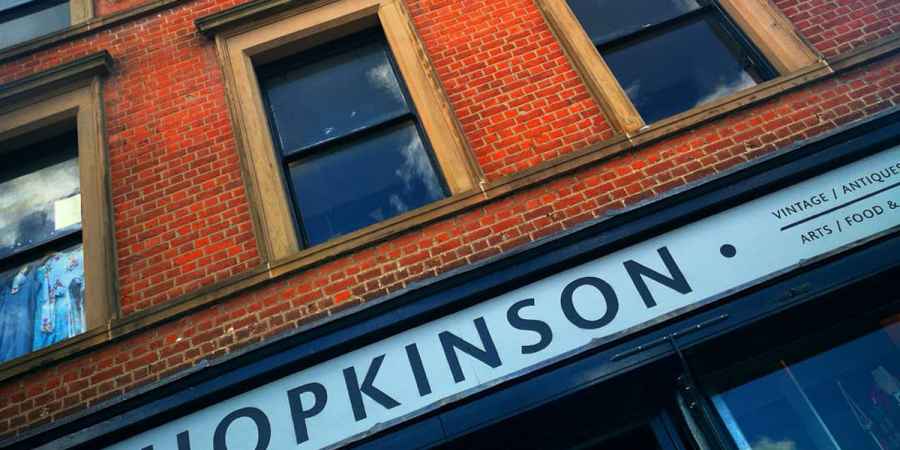 Photo: © Hopkinson
One of the UK's best-known paranormal attractions has relocated to Nottingham's city centre after its current home in a former cinema was deemed 'beyond repair'.
The Old Picture House & Haunted Museum opened in the Mapperley area back in 2018, but last month the unique paranormal-themed attraction, which is run by the team behind the paranormal events company UK Ghost Hunts, announced that the building would be closing its doors for good.
However, good news followed when the museum's owners Steve and Marie Wesson announced on their Facebook page that the haunted attraction had found a new home just a short walk from the city centre in the basement of the Hopkinson Vintage, Antiques & Art Centre.
The Haunted Museum has moved out of its home in a former cinema after the building was declared 'beyond repair', the latest twist in the building's turbulent history. After the historic Majestic Cinema on Woodborough Road closed in 1957, the building was put to various different uses until 2012 when it was abandoned.
It seemed the building may have found a new lease of life when Steve and Marie moved their collection of haunted artefacts and oddities from around the world into the building in 2018, but after a disappointingly short-lived spell in the iconic property, the collection has been forced to relocate.
The museum's haunted items will now be put on display alongside other oddities at the Hopkinson Vintage, Antiques & Art Centre, which is said to already have a few spooks of its own. Hopkinson, on Station Street in the city, has been a favourite destination for vintage, antiques, and art lovers from Nottingham and beyond for over a decade and ranks amongst the top attractions Nottingham has to offer.
The antiques and art centre is open seven days a week between 11am and 8pm, the large basement should provide plenty of space for the museum's haunted artefacts - although some of the larger items may not be relocated, such as an old horse-drawn funeral hearse which made headlines when footage emerged of the heavy metal handle on the cart swinging wildly of its own accord while the building was locked up over night.
The museum will also be forced to leave behind its atmospheric and paranormal-themed rooms, including an impressive room that has mirrors of different shapes and sizes covering every part of the walls and ceiling.
The mirror room was essentially a giant 'Devil's Toy Box', which is normally a small box that is mirrored on all of its internal sides. Some think these boxes are used to trap spirits or communicate with them, making the whole room one giants ghost communication tool.
Other items that could be found on display in the old cinema, many of which may move to the new location, included a mummified cat named Cecil which is said to meow, and a musical instrument used to summon Satan called the Devil's Guitar that came all the way from Iraq. There was real human skulls, a dybbuk box that is said to contain an evil spirt, and a doll made from a dead man's bandages, which has been seen to move by itself. 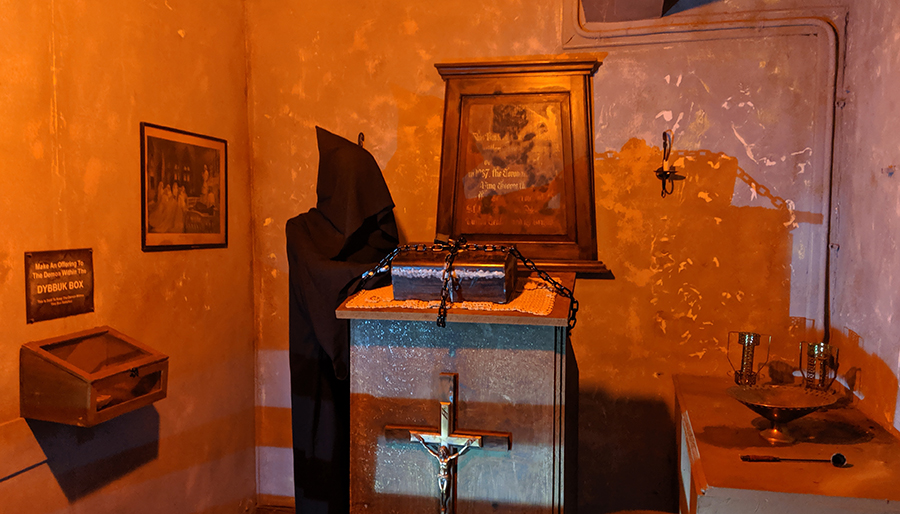 Visitors have reported paranormal experiences in the museum, including cold blasts of air, bangs, screams and the sensation of being touched.
Like many other businesses, the Haunted Museum has been closed to the public for over a year due to the pandemic, but before this the museum was making a name for itself hosting various well-known paranormal teams including the Ouija Brothers, and UK Haunted, who partnered with the Really channel for a live investigation of the property over Halloween in 2019.
Steve Wesson told the Gedling Eye, "the old Majestic Cinema has been an amazing building for us and is such a shame we now can’t carry on there for many years to come."
In a post on Facebook, Steve wrote, "Hopkinson is only a short walk from the city centre and located next to the train station and tram stop for easy visiting. Not only does Hopkinsons have their own resident ghosts but you can now visit with us at the Haunted Museum that will be located within the large basement area."
Add A Comment
Tags:
paranormaltopicalnottinghamshirethe haunted museum