Haunted Kelham Hall Could Be Yours For £10m 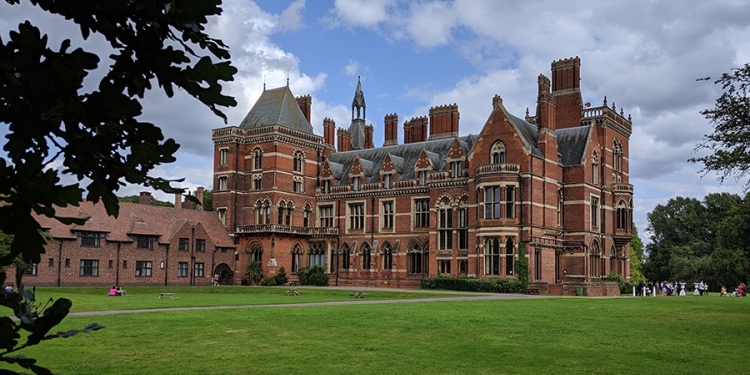 If you fancy owning the huge and allegedly haunted Kelham Hall & Country Park in Newark, then it could be yours for a mere £10m.
Kelham Hall dates back to 1863 and was once the Manners-Sutton family home, but since then has housed monks and soldiers. The hall is alleged to be very haunted and even played host to Yvette Fielding in a very active 2019 episode of the long-running ghost hunting show, 'Most Haunted'.
The hall's Lincolnshire-based owner, Jonathan Pass, has put the historic property up for sale at a guide price of £10m, a massive £6m more than he paid Newark and Sherwood District Council for the property just over two years ago.
It was designed by Sir George Gilbert Scott, who was also famously responsible for the iconic station building at London's St. Pancras.
Kelham Hall has been described as being "massive, austere and mysterious", and ranked number 72 in our 2019 list of the 100 most haunted places in the UK due to reports of strange paranormal events. Activity includes doors slamming on their own, disembodied footsteps and objects moving of their own accord.
Underneath the building is a large network of cellars, allegedly many people have witnessed dark, tall shadows here. Could they be the ghosts of the monks that used to reside here during the early-1900s when the struggling family sold Kelham Hall to a theological college run by a Monastic order? Or perhaps these are the shadows of soldiers who were stationed here during World War I.
One of the most common spooky occurrences at the hall are reports of the ghost of children who have been seen and heard running and giggling as they play in the dead of night.
The listed Victorian estate currently hosts weddings and events, and lies at the heart of a country park which offers camping and is open to members of the public who want to explore the grounds and parkland.
Christie & Co, who are managing the sale, are listing the property as a "fantastic development opportunity," with full planning and listed building consent for conversion to a 103-bedroom hotel, complete with a spa, restaurant, and other recreational facilities.
If you can afford the £10m price tag, then you may be on to a winner Christie & Co described Kelham Hall as "a chance to create what could be one of the best hotels in the country."
Add A Comment
Tags:
paranormaltopicalnottinghamshirekelham hall