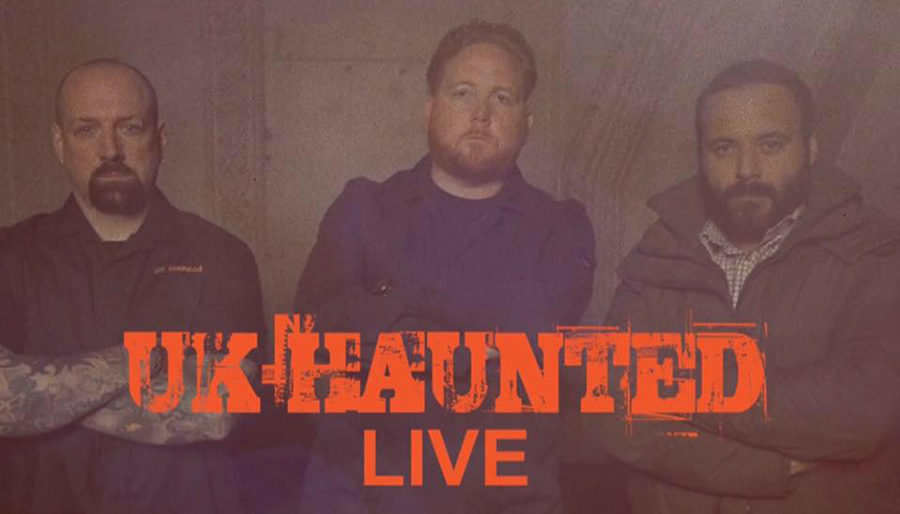 Photo: facebook.com
If you're bored of American paranormal shows or you're craving some live ghost hunting, then you'll be please to hear that UK Haunted are coming to the rescue this Halloween and they promise it'll be their biggest event yet.
The British ghost hunters will once again be teaming up with the Really channel for a paranormal investigation of a haunted museum in Nottingham - one of the most talked about paranormal hotspots of 2019.
The investigation will be streamed live on Really's Facebook page at 9pm on Sunday 27th October as part of the channel's #13NightsOfFrights event.
The team, which consists of Eamonn Vann-Harris, Alex Duggan and Miki York, will be investigating the ghostly goings on at the Old Picture House & Haunted Museum, where Eamonn has plans to use some of the iconic building's features to attempt to make contact with the other side.
Although the three-and-a-half-hour long investigation will only be available to watch online, rather than on the Really channel itself, Facebook live streams can easily be watched on a smart television or via games consoles, Chromecast, Now TV and various other gadgets.
The museum is housed within a former cinema on the outskirts of the city, and contains an ever-growing collection of haunted artefacts and oddities from around the world, including an instrument used to summon Satan called the Devil's Guitar, which came all the way from Iraq. There's real human skulls, a cursed dybbuk box that is said to contain an evil spirit, and a doll made from a dead man's bandages, which has been seen to move by itself.
The museum's centrepiece is an allegedly haunted doll called Martha, who is kept locked up in a cabinet. The doll has been blamed for much of the haunted happenings at the location. It's said Martha has a negative spiritual attachment and has been blamed for bringing about feelings of sadness, anxiety and depression with her previous owners. 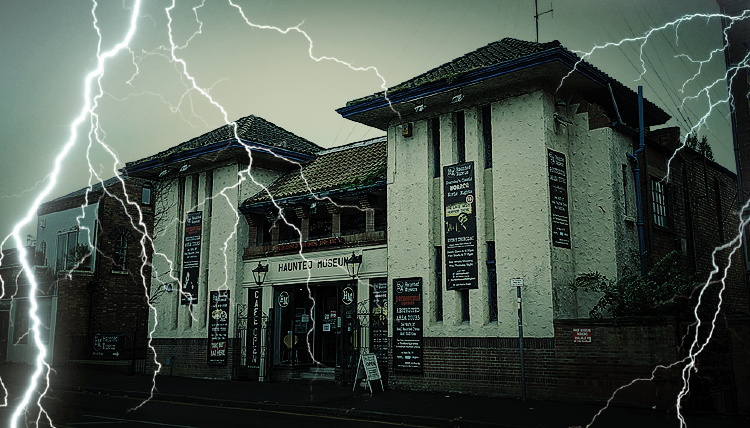 With so many different haunted artefacts and areas to investigate, it'll be interesting to see what the UK Haunted team uncover at the museum. Perhaps one of the team will be brave enough to investigate the room that has mirrors of different shapes and sizes covering every part of the walls and ceiling. The mirror room is essentially a giant version of a Devil's toy box, usually a small box that is mirrored on all of its internal faces and is used to trap or communicate with spirits.
They may also choose to investigate the atmospheric dybbuk box room, which has been dressed up to look like a chapel. The creepy mannequins in this room alone are enough to give even a hardened ghost hunter chills. There's also a scary basement which houses various medical oddities, including some narrow morgue beds from the infamous and allegedly very haunted Denbigh Asylum in North Wales.
According to the reports of previous visitors, the team should be on the lookout for paranormal activity including cold blasts of air, bangs, screams and the sensation of being touched.
This isn't the first time Really and UK Haunted have collaborated, in December of last year the team headed to the infamous Ancient Ram Inn for their not-so-festive 'The Nightmare After Christmas' event, and last Halloween Really brought viewers the team's investigation of the Falstaff's Experience, Stratford upon Avon. The previous two live streams have together notched up a total of over one million views.
UK Haunted's live event, which will be hosted by Nick Stoppani, is a welcome break to television over Halloween, as it's fair to say that the TV guide is looking pretty dull this year. Other than a few classic horror movies dotted around the schedule, most channels in the UK don't have any Halloween television specials this year at all.
The only channel making an effort for Halloween is Really, which over the last few years has become the go-to channel for paranormal programming and Halloween.
The network are currently airing previously unseen Halloween specials of 'Ghost Adventures', plus brand new 'Ghosts Of Morgan City' and 'Paranormal 911' as part of their 13 Nights Of Frights event, which runs over Halloween. You can view the full #13NightsOfFrights schedule here.
If you want more live action from Brits getting scared in the dark, then head over to YouTube on the night of Halloween as the long-running ghost hunting show, 'Most Haunted' have announced that they'll be conducting a live investigation fronted by Yvette Fielding with a live audience on site to witness the scares.
You can watch UK Haunted live in Nottingham on Really's Facebook page at 9pm on Sunday 27th October.

Eamonn is the team's scientist, in fact when 'Most Haunted' 'upped the science' in 2015, it was Eamonn they called upon. Eamonn is a paranormal tech expert and a bit of a mad professor when it comes to building bespoke paranormal detection equipment. He's the founder of New World Science and his latest creation, the Infinity Machine, with its retro analogue dial features in Really's teaser videos for #13NightsOfFrights.

Every team's got to have one, and Alex is UK Haunted's skeptic. Despite having investigated hundreds of locations, he's still to be convinced. Alex has previously appeared in UKTV's 'Celebrity Haunted Hotel Live' in 2016.

Miki York is the team's hardcore believer, which is no surprise as he once appeared as a paranormal expert on 'Celebrity Haunted Hotel Live'. He's earned this title by studying parapsychology, exorcisms, and demonology.