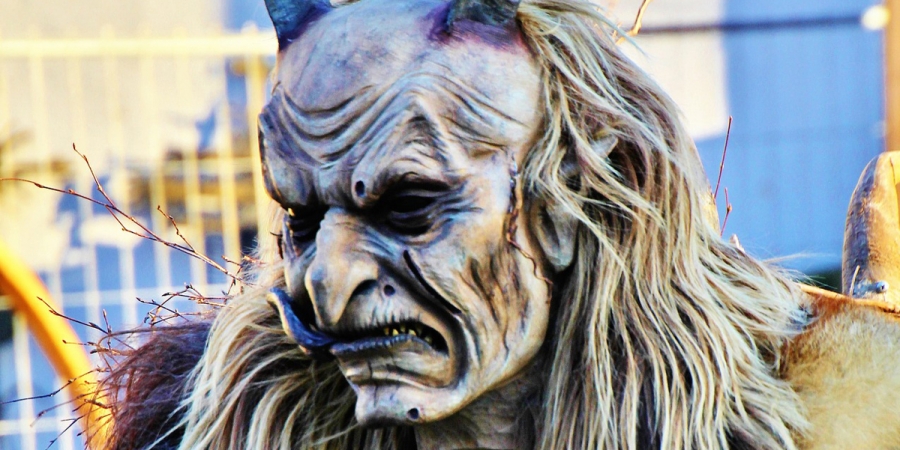 Photo: pixabay.com
As a skeptic, I don't believe for certain that paranormal activity and ghost sightings are caused by the spirits of the dead, there are countless other possibilities for these strange experiences. It's quite a leap to jump to the conclusion that as well as the spirits of the dead, mankind is also being haunted by intelligent non-human entities that have never lived.
According to ghost hunters, that's exactly what a demon is said to be, a non-human entity, but their existence is rooted in a much older belief system as part of various global religions. The Christian faith describes them as fallen angels, while in the Islamic faith they are jinns.
You might also be skeptical about the existence of demons or perhaps you've encountered one yourself on a paranormal investigations, but either way you can't fail to have noticed a rise in the number of paranormal teams and ghost hunting reality shows encountering demons.
However, even if we accept for a moment that demonic hauntings exist, how can you really diagnose one? After all, there are good and evil people, so how can we be sure we're not simply dealing with a malevolent human spirit rather than a non-human entity from the infernal realm?
The big issue here is that ghost hunters will tell you that demons pretend to be the spirit of innocent young children in order to trick their victims, but for all we know bored and playful spirits might get fed up of answering the same questions asked by ghost hunters' night after night. They might pretend to be someone else, perhaps even a demon for their own amusement. Many investigators believe that there are negative or malevolent spirits that will sometimes lie or pretend to be demons to make themselves appear more terrifying.
When you're dealing with an invisible supernatural entity, how can you ever know for sure who or what you are talking to? These entities have the potential to be the ultimate catfish.
Ghost hunters try to identify demons in different ways. One commonly used term associated with demons is that they are "lower vibrational entities". But again, we don't know enough about the spirit world to make this claim for certain. There is no scientific backing that any kind of frequency, energy or vibration is responsible for or related to hauntings, let alone actually measure these vibrations in order to determine that a demon's frequency is lower than that of a human spirit.
If you believe in psychic abilities, then you can understand how some gifted individuals might be able to see an entity in order to tell if it's a spirit or demon. Those without a psychic gift tend to decide whether they are dealing with a ghost or a demon based on the entity's intent - if it's evil then it's probably a demon, but there are enough evil people in the world to make negative ghosts.
The other issue is, just how evil is a demon really? Even at its worst a demon, the most evil and dangerous of all supernatural entities, can be defeated with nothing more than a splash of holy water or a bit of burning sage. You wouldn't stand a chance defending yourself against a living murderer by splashing water on them - that is real danger and real evil.
Demons outside the world of paranormal television shows are not dangerous, assuming they even exist in the first place. Despite their reputation of being violent, aggressive and controlling, examples of people getting hurt or injured by a demon is incredibly rare. This despite the fact that every week thousands of people embark on ghost hunts, including at some of the most famous locations of demonic hauntings around the world - the number of people getting hurt and possessed should be higher if it were a real risk.
So if logic tells us that demons probably don't exist, or at best exist but are as unthreatening and harmless as a ghost, then why is it that so many ghost hunters label the activity they encounter as proof of demons? It really comes down to the fact that when we see something we can't explain and to try to liken it to something, our perception and preconceptions have been shaped by current cultural trends.
A few decades ago a lot of ghost sightings tended to be reports of headless horsemen and phantom coaches, but because horsemen and coaches are becoming more distant in history, they're no longer the first thing that springs to mind when we see an unexplained dark shadowy shape move along the driveway of a grand old country home.
Today, we're more likely to describe what we've seen as a dark shadowy figure, a monk, or a demon - all of which are commonly sighted ghosts nowadays, they are trendy in the ghost world.
As it seems to be paranormal television that is to blame for this surge in demonic encounters, we should remember that these shows start with the disclaimer "this program is for entertainment purposes only". In the world of entertainment there are trends in storytelling and concepts, demons are just the latest trend. That's not to say these shows are outright faking the activity they encounter, but producers love a good narrative that's inline with current trends.
Tags:
paranormaldemonology

How To Train As A Demonologist