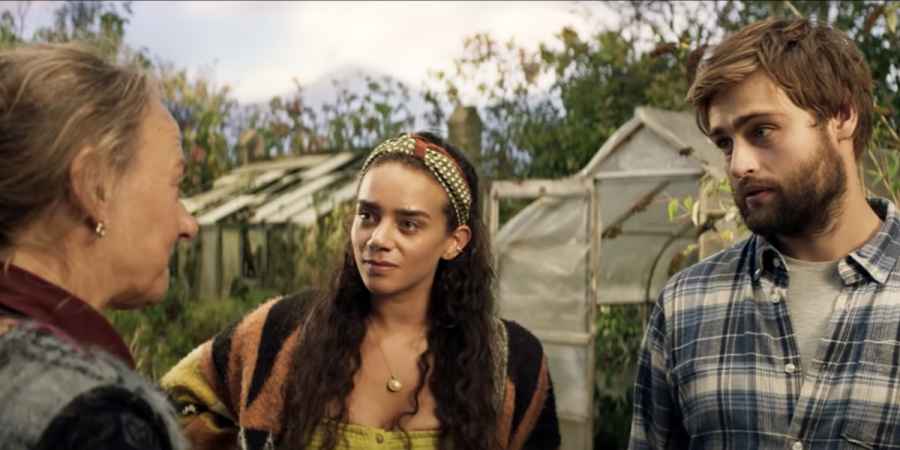 The chilling 'Unwelcome' spins a tale of what happens to people who come in contact with the violent, bloodthirsty goblins known originally in Irish folklore as the fear dearg or “far darrig,” now often referred to worldwide as the "Redcaps".
The Irish creature feature will be released in the UK by Warner Bros. Entertainment, Inc. It will also open in US theatres from March 17, 2022.
In addition Shudder subscribers in North American will be able to watch later in 2022. Shudder, the premium streaming service for horror, thriller and the supernatural, will premiere the movie following the conclusion of the theatrical window.
Shudder have negotiated exclusive streaming rights with leading international and indie film distributor Well Go USA Entertainment.
'Unwelcome', which is directed by Irish-born Jon Wright ('Grabbers', 'Robot Overlords') and based on an original screenplay by Mark Stay, stars Hannah John-Kamen ('Red Sonja', 'Black Mirror', 'Ant-Man & The Wasp', 'Ready Player One') and Douglas Booth ('Loving Vincent', hit Netflix film 'The Dirt', 'Jupiter Ascending', 'Pride & Prejudice' and 'Zombies') as a couple who escape their urban nightmare to the tranquility of rural Ireland only to hear stories of mysterious beings who live in the gnarled, ancient wood at the foot of their new garden.
As warned by their new neighbours, in Irish mythology, the Redcaps will come when called to help souls in dire need of rescue, but it’s crucial to remember that there is always a dear price to pay for their aid.
"We are thrilled to bring this new spin on an age-old Irish legend to North American horror fans, who may or may not know about the legend behind this mysterious group of faerie folk," said Doris Pfardrescher, President and CEO at Well Go USA Entertainment. "The entire ensemble of stellar, tried-and-true cast and crew members have really outdone themselves bringing this story to life, and we believe audiences will be delighted by the result."
Additional cast members include Golden Globe nominee Colm Meaney ('Star Trek: Deep Space Nine', 'Get Him to the Greek', 'Gangs of London') Jamie-Lee O'Donnell ('6 Degrees', 'Screw', 'Derry Girls'), Chris Walley ('The Young Offenders', 'Bloodlands') and Kristian Nairn ('Game Of Thrones', 'The Appearance').
The film also has reunited the 'Grabbers' creature team. The powerhouse ensemble includes prosthetics by Shaune Harrison, who has worked on some of the world’s highest-grossing blockbusters, including the Harry Potter films, 'Star Wars: The Phantom Menace' and 'Avengers: Age of Ultron'. Alongside creature designs by Paul Catling ('Maleficent', 'Thor', 'Fantastic Beasts') and longtime Wright collaborator VFX supervisor Paddy Eason ('28 Weeks Later', 'Harry Potter & The Prisoner Of Azkaban', 'Grabbers').
Add A Comment
Tags:
shuddermovieshorrortopical