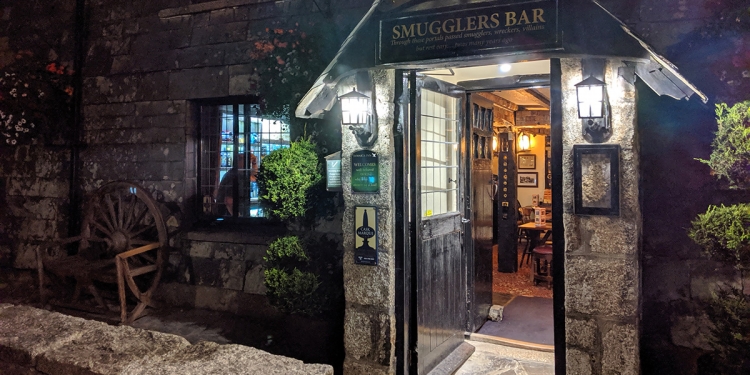 Cornwall's famous Jamaica Inn doesn't shy away from its haunted reputation, having been featured on ghost hunting television shows and even hosting public ghost hunting events.
Recorded reports of ghost sightings at the inn go back at least as far as 1911, but how much do you know about the ghost spotted at the historic coaching inn? Test your knowledge of the Jamaica Inn with 20 tricky trivia questions based around inn's hauntings.

1. On which Cornish moor would you find the inn?

2. The inn has a dark history that includes which of these nefarious activities?

3. Which author wrote a murder mystery novel in the inn's name?

4. The oldest part of the building dates back to what year?

5. Which television show famously investigated the inn's paranormal claims in 2004?

6. What is the name of the ghost of a young girl who is said to haunt room 5?

7. What makes the reports of a ghostly horses and carts moving around on the cobbled courtyard so unusual?

8. What is the name of the young man who is said to have been lured away from his drink and was murdered on the moor?

9. The murdered man's ghost has been seen sat in the corner of the main bar or leaning against the fireplace, but where else?

10. The ghost of a highwayman has also been seen around the inn, but what is his distinguishing feature?


11. A plaque on the floor in the bar marks the spot of a murder, but who does it name as the victim?

13. Which of these apparitions have NOT been reported at the inn?

14. In which bedroom have there been the most frequent reports of a figure standing next to the bed?

15. One apparition, possibly that of a highway man is said to have a distinctive long coat or cape, what colour is it said to be?

16. A guest staying in room 5 found what on the bedroom floor?

17. How many bedrooms does the hotel now have after the 2017 expansion?

18. Female staff have reported having their hair pulled in which part of the inn?

19. Which of these areas of the building does NOT have a ghost story attached to it?

20. How is the ghost that haunted the gift shop often described?