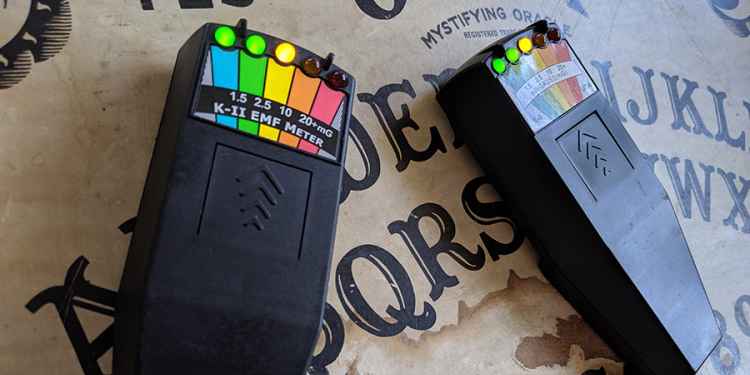 It's known as a K-II or EMF meter in the paranormal world, but the actual name of this pocket-sized device is a "Safe Range EMF Meter." It's manufactured by New York based K-II Enterprises, who have been selling unique products since 1987. As well as the EMF meter, they sell a couple of electronic gadgets to help train pets and a device which promises to prevent dog attacks.
Around the time that the device was launched, there seemed to be some pseudoscientific and unsubstantiated claims going around that prolonged exposure to the electromagnetic fields from electrical devices around the home can have negative effects and serious health implications.
K-II designed their EMF meter to allow you to find the "safe range" you need to be from a source of an electromagnetic field so that you can ensure you're out of the "harmful" reach of EM fields from appliances, power lines and home wiring.
K-II Enterprises described the product: "Electromagnetic Fields (EMF) emissions are created whenever electrical power flows through a wire, conductor or appliance; they can not be seen, felt or heard, but they are present in and around all electric lines and devices. EMF emissions are measured in units called milliGauss (mG). The strength of the EMF can vary and is measurable by use of this K-II EMF Meter."

EMF meters have been used in the paranormal field for around 20 years, but the way they are used now is very different to how they once were. They were originally used to try to rule out electromagnetic fields during an investigation as strong or heavily fluctuating fields can cause people to experience certain haunting-like phenomenon.
When people are exposed to strong electromagnetic fields it can affect the temporal lobes of the brain, this can cause them to see light anomalies, feel a perception of a presence, or the sensation of being touched. This could explain some reports of hauntings in locations where there is an erratic or strong electromagnetic field. This is why investigators began using EMF meters to ensure that there are no constant or erratic fields in or around the property in order to rule out the possibility that EMF caused whatever was experienced and therefore validate the haunting.
However, in recent years there's been a switch in belief amongst paranormal investigators who now believe that electromagnetic emissions are a product of a haunting rather than being a possible cause for misdiagnosed hauntings. This is an examples of correlation not implying causation, or of confirmation bias.

Detecting Ghosts With An EMF Meter

Ghost hunters started out by using a K-II meter to look for electromagnetic fields that could produce false reports of hauntings, but it seems that this logic has been corrupted throughout the years. Over time paranormal investigators have seen spikes in field strength that coincide with paranormal activity and have therefore come to the false conclusion that the electromagnetism is a product of the activity and not a cause.
This corruption has lead to the unsubstantiated belief that ghosts can emit their own electromagnetism or disrupt the ambient electromagnetic field. This ambient field is around us all the time and is created by wiring and electrical devices nearby. K-II Enterprises say this ambient field is 0 to 1.5 milliGauss, enough to light the first green light on their EMF meter. They call this the "normal zone."
The connection between spirits and EMF is based on the fact that the human brain uses tiny electronic impulses to send signals around our bodies. Ghost hunters suspect that this synaptic energy can live on as a disembodied consciousness after death and it is this that EMF meters can detect.
However, an EMF meter isn't able to detect "brainwaves" because they have a frequency between 12.5 and 30Hz, lower than the minimum 50Hz threshold of an EMF meter.

What Can A K-II Meter Detect?

The electromagnetic spectrum is made up of various types of energy, including visible light, infrared, x-rays and radio waves. K-II EMF meters can actually only measure a tiny portion of the electromagnetic spectrum.
It can detect Extremely Low Frequencies (ELF) which range from 50 to 1,000Hz and the Very Low Frequency (VLF) range from 1,000 to 20,000Hz - this range obviously includes the common 50 and 60Hz - the frequency of mains voltage electricity.
K-II meters are susceptible to Radio Frequency Interference (RFI) in the form of frequencies outside of the 50 - 20,000Hz range it is designed to detect. This most often comes from walkie talkies and mobile phones.
Two-way radios transmit and receive at Very High Frequency (VHF) and Ultra High Frequency (UHF), a range the covers 30MHz to 3,000MHz - far higher than the detection range of a K-II meter. Mobile phones operate at an even higher frequency in the GHz band. So why do walkie talkies and mobile phone trigger EMF meters?
Technically they shouldn't and they don't. Your mobile phone has enough power to broadcast a signal to a tower that is miles away - so with this logic it should set off a K-II meter placed at the other side of the room, but they generally don't. The same applies to walkie talkies.
When a K-II meter trigger due to mobile and radio transmissions, this is a false positive caused by poor shielding in the K-II. It occurs when the meter is in the presence of a very strong field, for example when it's very close to your phone. Unshielded wires within the meter act as antennas in combination with other components (not necessarily the EMF sensor) are overwhelmed by the field and is inadvertently converted from electromagnetic energy into a false signal.
Luckily, it is easy to tell if a K-II meter is picking up a genuine electromagnetic field within its detection range or if it is being effected by radio frequency interference. If the lights are solidly lit then you know you are detecting an electromagnetic field between 50 and 20,000Hz. However, if the lights pulse or flash then this is radio frequency interference being seen as a false positive. 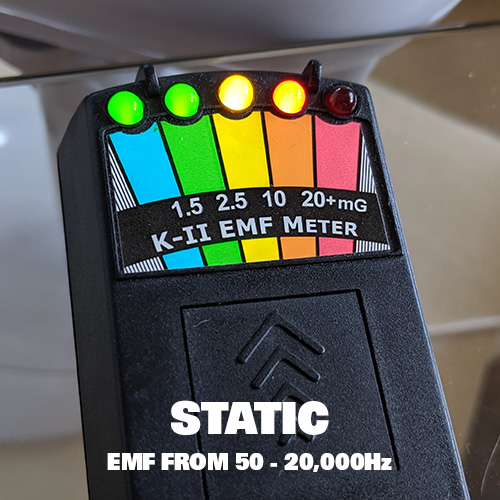 In the examples above you can see the difference. On the left is what happens when you place a K-II meter near an electromagnetic field within its detection range of 50 - 20,000Hz. For the purpose of this example we used a mains powered desk fan, the motor inside is effectively an electromagnet.
On the right is a K-II placed next to a two-way radio which is transmitting at 446MHz, this is a much higher frequency than can be detected by the K-II. For comparison, the radio is 446MHz which is equivalent to 446,000,000Hz and the upper limit of a K-II is just 20,000Hz.
Therefore the K-II isn't able to sense the transmission from the radio, but because of its power and close proximity to the K-II, it interferes with the device's unshielded circuitry, but as pulses indicative to its modulation rather than a solid signal.
The unit's flaw and susceptibility to interference could actually be a plus point when using it during paranormal investigations as there is actually no reason to assume that ghosts only exist in a frequency band within the defined detection range of a K-II. This range was set for the device's original purpose of detecting EM fields around the home. So, it's good to know that a very strong frequency outside of this range can trigger the device, although it should be remembered that generally it won't. Also, more expensive and accurate EMF meters may not trigger in these situations whereas the K-II will.

What Can Trigger An EMF Meter?

The K-II can be triggered by a range of electrical devices that are turned on in which an electrical current is flowing. Especially in devices with electric motors, heating elements and transformers. A microwave oven is a very common source of EM due to the magnetron at the heart of it, also overhead or underground power lines. Even a car's starter motor is a source of electromagnetism. Simple low voltage circuits, like that of a flashlight, don't generate a significant electromagnetic field.
In terms of sources of radio frequency interference that could trigger an EMF, anything which broadcasts a signal such as a WiFi router or repeater, wireless doorbell, nearby radar ground stations, mobile phone towers, lightning strikes and even airplanes broadcasting as they fly overhead.

How To Use K-II's Safe Range EMF Meter

1. Hold the EMF meter with your thumb on the switch.
2. Point the EMF meter toward the electromagnetic source, then depress and hold down the switch (a short flash of the LEDs will occur).
3. The LED will indicate the range of the EMF at that level.
4. Moving the device from side to side or rotating it may change the reading; the highest reading is most accurate.
5. Move closer or further away to the EMF source to determine the "normal zone", as indicated by the green LED.
Helpful Hints:
- Record the readings on the enclosed exposure Log, repeat periodically, since fields can change in strength.
- If the green LED (normal) doesn't light, the battery is low.
- To change battery remove the two screws, replace 9v battery. 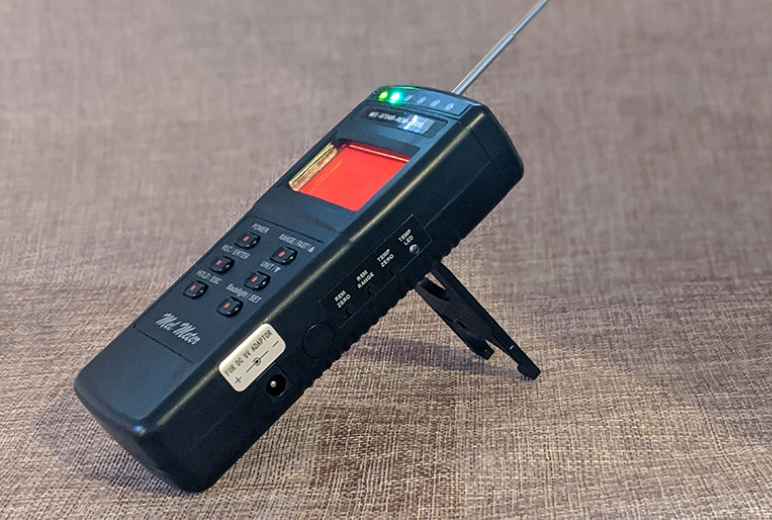 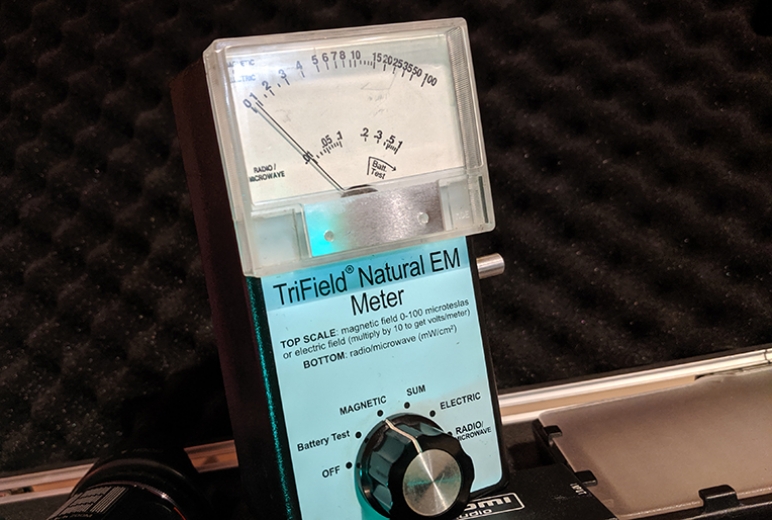 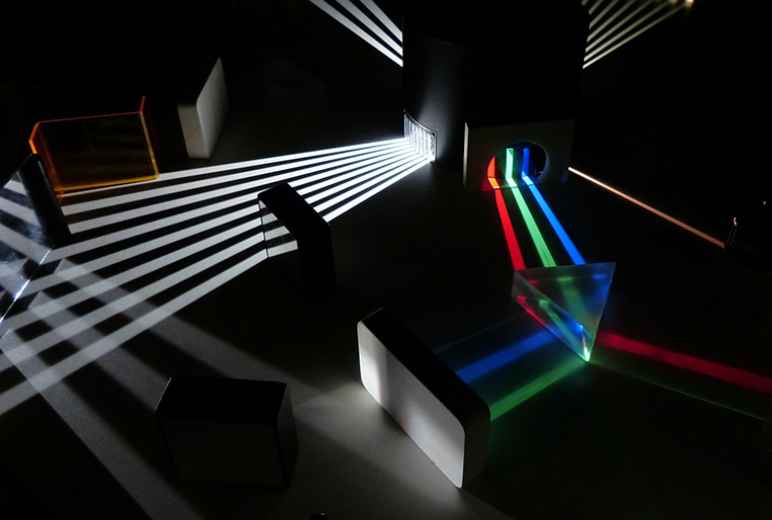 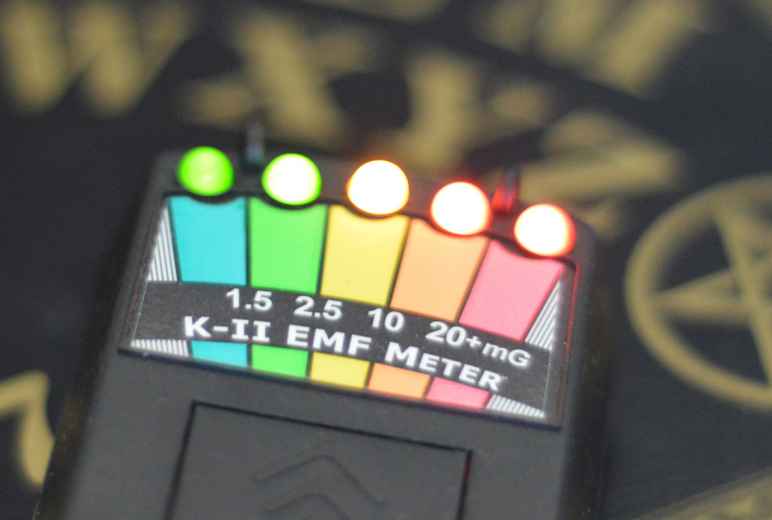 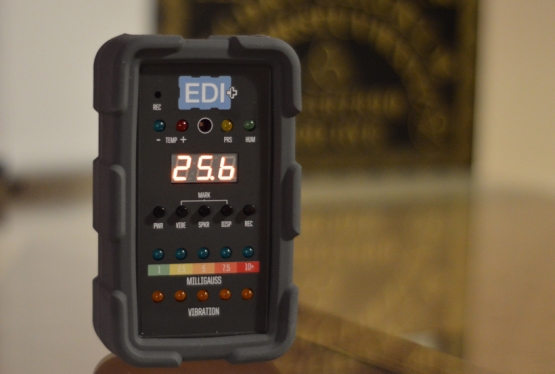