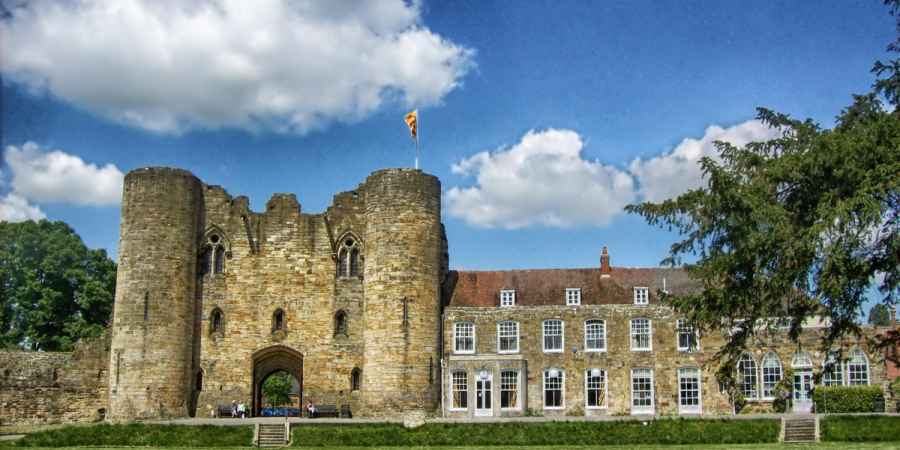 Photo: pixabay.com
Kent is a county with its fair share of haunted military locations and even contains a village that was once named as the most haunted in Great Britain, but here are the ten most haunted paranormal hotspots that can be found across the county.
Try these 20 taxing trivia questions to test your knowledge of Kent, its paranormal hotspots and the ghosts and ghouls that haunt them.

1. In the 2022 series, 'Celebrity Help! My House Is Haunted', a team of ghost hunters went to investigate which internet celebrities house in Dover?

2. What sound is regularly heard during the night at Reculver Towers in Herne Bay?

3. The apparition of the bottom half of a male body has been seen walking through which part of Dover Castle?

4. A headless drummer boy is said to haunt the battlements of which castle in Kent?

5. According to local legend a woman fell into a deep hole and died during renovation works at Tonbridge Castle, but what was she trying to do?

6. According to Guinness World Records, how many apparitions haunt Pluckley?

7. How is the ghost known as the Lady of Rose Court in Pluckley said to have died?

8. Dering Woods, situated between Pluckley and Smarden Bell is also known as what?

9. Which of these apparitions is said to haunt the ropery at Chatham Dockyards?

10. Which of these docks in Kent has Yvette Fielding and the 'Most Haunted' team investigated?


11. Yvette Fielding hosted the second ever 'Most Haunted Live!' from which haunted landmark in Kent?

12. The white lady of St Nicholas' Church in Pluckley is said to be a member of which former famous local family?

14. A druid and an imp are among the entities which are said to roam which haunted Kent attraction?

15. A headless woman is said to wander through which woods near Faversham?

16. Which of these supernatural entities is said to haunt Leeds Castle near Maidstone?

17. Chartwell House in Westerham is said to be haunted, but who is its famous former resident who first saw a ghost there?

18. Which notable historical figure is said to haunt Hever Castle?

19. The ghost of a lone female dressed in white has been seen on the A229 to Blue Bell Hill near which pub?

20. The apparition of a hanging body has been seen in Dicky Buss's Lane in Pluckley, but what was his profession?