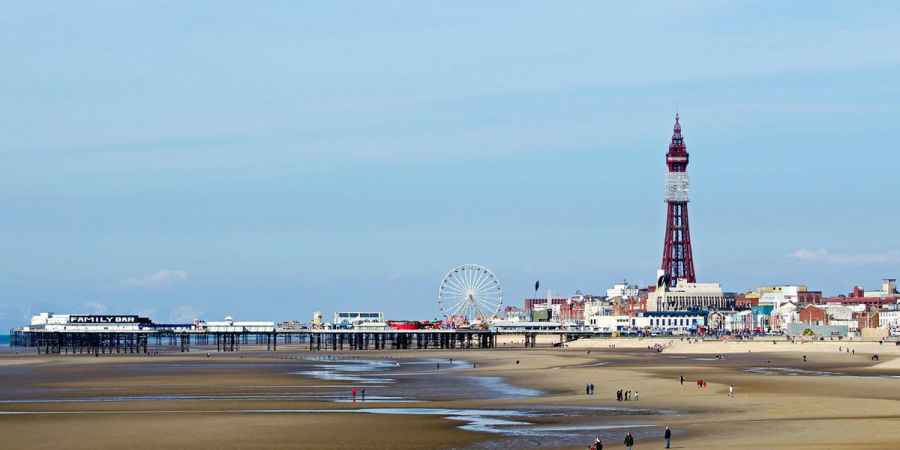 Photo: pixabay.com
It might be famous for its hotpot and its seaside resorts, but Lancashire also has plenty of ghost stories associated with it, including spooks in the famous Blackpool tower. The county in the north west of England also has several very famous haunted location and a dark a sinister history, including the site of the Pendel witch trials in East Lancashire.
We've come up with 20 tricky trivia questions about Lancashire and its ghosts, but how much do you know about these places and their paranormal history?

1. Which of these paranormal television shows has investigated the Park Hotel in Morecambe?

2. The Park Hotel in Morecambe is said to be haunted by which of these spooks?

3. How many people were accused of witchcraft in the 1612 Pendle Witch Trials?

4. Which of these is an allegedly haunted brewery situated in Lancashire?

5. The haunted Royal Court Theatre in Bacup is built on the site of a building that was destroyed by fire in 1850, but what was it?

6. In 2009 the 'Most Haunted' team broadcast an epic eight-day live event from Lancashire, which of these famous haunted locations was NOT investigated as part of the show?

7. The spirit of Dorothy Southworth is said to haunt Samlesbury Hall, but how is her ghost often described?

8. Queen Elizabeth I herself is said to haunt which historic building in Lancashire?

9. The hauntings around Pendle Hill are said to be related to the area's infamous witch trials, but which of these two Lancashire towns does the are lie between?

10. Roman soldiers are said to still patrol which area in Lancashire?

11. What is the name given to the ghost that is said to haunt the ghost train at Blackpool Pleasure Beach?

12. Which of these strange phenomenon is said to have happened to someone at Charnock Hall in Preston?

13. Which of these ghosts is said to haunt one of the dressing rooms at Morecambe Winter Gardens?

14. At which Lancashire location is a blood stain said to mysteriously appear on the floor?

15. Which of these apparitions have been reported at Charnock Hall in Preston?

16. Two deaths have been linked with which part of the Park Hotel in Morecambe?

17. The straw hat wearing ghost of a woman named Hannah Daniel has been seen at St. Mary's Church in Bacup, but who is she said to be?

18. Which of these paranormal hotspots did Yvette Fielding and the 'Most Haunted' team NOT visit during their three-night live broadcast from Pendle Hill in 2004?

19. The Park Hotel in Morecambe was built by Edmond Park, but what happened to him in 1899?

20. Which historic haunted hotspot in Blackpool is said to be home to an ancient burial ground, murdered monks and ghostly children?