The Cinema Release Of 'Ghostbusters: Afterlife' Has Been Pushed Back To 2021 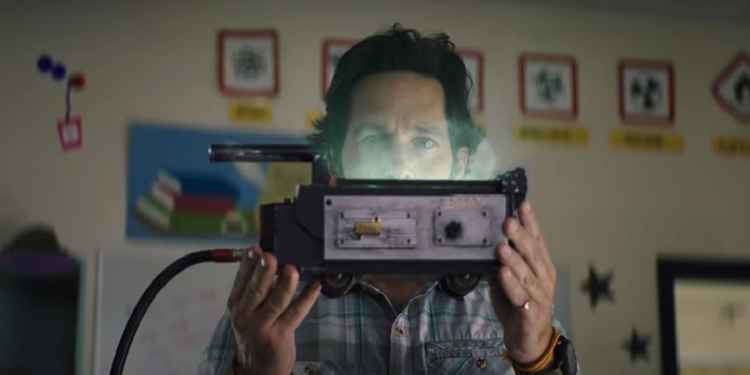 We've already heard that Netflix is halting production of its hit supernatural series 'Stranger Things', and that the release of the paranormal movie 'A Quiet Place Part 2' has been delayed, but now Sony Pictures have announced that the latest movie in the Ghostbusters franchise will be postponed too.
'Ghostbusters: Afterlife', which was originally billed as 'Ghostbusters 2020', has had its cinema release pushed back from July 10th 2020 to March 5th 2021. A sad blow for fans of the movie who are excited to see director Jason Reitman's extension to the Ghostbusters universe.
Jason, who also co-wrote the upcoming movie, is the son of Ivan Reitman, the director of the original two films. In fact Jason even appeared in 'Ghostbusters II' as the bratty kid near the start of the movie. He tells Ray that, according to his dad, the Ghostbusters are "full of crap".
The new movie will star Bokeem Woodbine and Paul Rudd, who revealed his involvement in the project in a viral video last year. The US comedian and actor announced the news in a selfie-style video shot outside the iconic New York fire station which was used as the exterior of the gang's headquarters in the original 80s supernatural comedy movies.
A recent trailer for the movie reveals that Paul will be playing the role of a local school teacher in the forthcoming movie.
It's also understood that Dan Aykroyd, Bill Murray, Ernie Hudson, Sigourney Weaver, and Annie Potts will cameo as their original characters in the 2021 movie.
The first official trailer for 'Ghostbusters: Afterlife' dropped at the end of 2019 and revealed Carrie Coon as Callie, the mother of two children Trevor and Phoebe, played by 'Stranger Things' star Finn Wolfhard and Mckenna Grace - the grandchildren of one of the original Ghostbusters. Although it's not yet been confirmed, the collection of spores, moulds and fungus in the trailer would suggest she's related to Egon - plus she has quite the family resemblance.
The kids learn of their family's ghost busting past on an old farm in Summerville, Oklahoma. Reitman told Vanity Fair, "Trevor and Phoebe are about to find out who their grandfather was and whether they're ready to pick up the proton pack themselves."