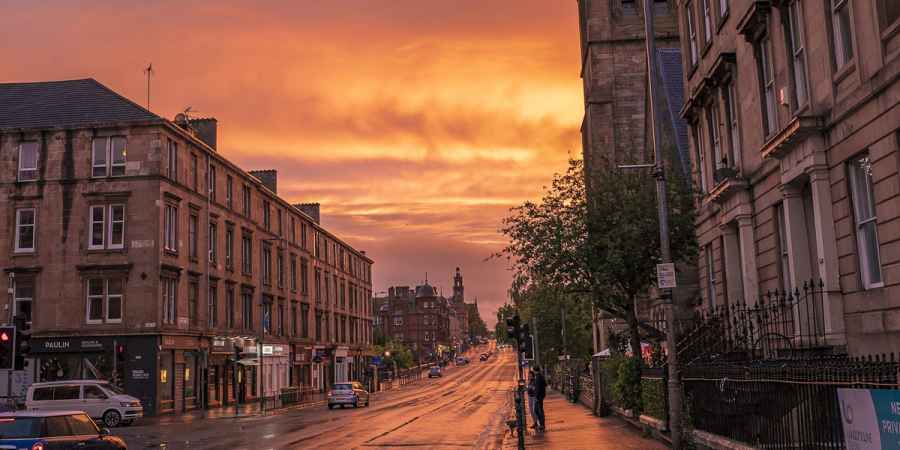 Photo: pixabay.com
How much do you know about the ghosts that haunt Scotland's largest city? We've put together this quiz consisting of questions about Glasgow and the darker side of its rich history. Test your knowledge on some of Scotland's most haunted pubs, buildings and public spaces.

1. The haunted Argyle Street Arches can be found underneath which building in the city?

2. What is the name of the spirit who is said to haunt Scotia Bar on Stockwell Street?

3. In 1958, a group of American students reported seeing what dancing on a kitchen shelf in their flat on Gibson Street?

4. An actress is said to haunt Glasgow's Theatre Royal, but what is her name?

5. What is the name of the skull on display in the Saracen Head?

6. Which of these apparitions is said to haunt Glasgow Royal Infirmary?

7. What type of entities are said to haunt Cathedral House Hotel?

8. Which of these ghostly happenings have NOT been reported at the Scotland Street School Museum?

9. Which Glasgow building is said to be haunted by the spirits of persecuted witches?

10. What is the name given to the ghost who haunts the Applebank Inn on the outskirts of the city?


11. According to news reports from the 1950s, the police caught a group of local children hunting what in Glasgow Necropolis?

12. Paranormal investigators believe they have encountered the spirit of which dignitary at Provan Hall?

13. The ghost of a soldier killed in the Battle of Langside is said to appear on the in Queen's Park on the anniversary of his death, but on what date does this fall?

14. Which of these is NOT a former use of the Tron Theatre?

15. A man has been seen jumping for which bridge in the city before vanishing in the waters below?

16. In a 2021 episode of the paranormal podcast, 'Uncanny', Phil Macneill talked about a haunting on which Glasgow street?

17. The ghost of a young girl has been reported in the Argyle Street Arches, but how is she described?

18. An apparition of a man has been seen roaming the Tron Theatre, but what is he said to be wearing?

19. Which of these ghostly apparitions has NOT been reported at the Scotia Bar?

20. Provan Hall's best known ghost is that of its last owner, but what was his name?