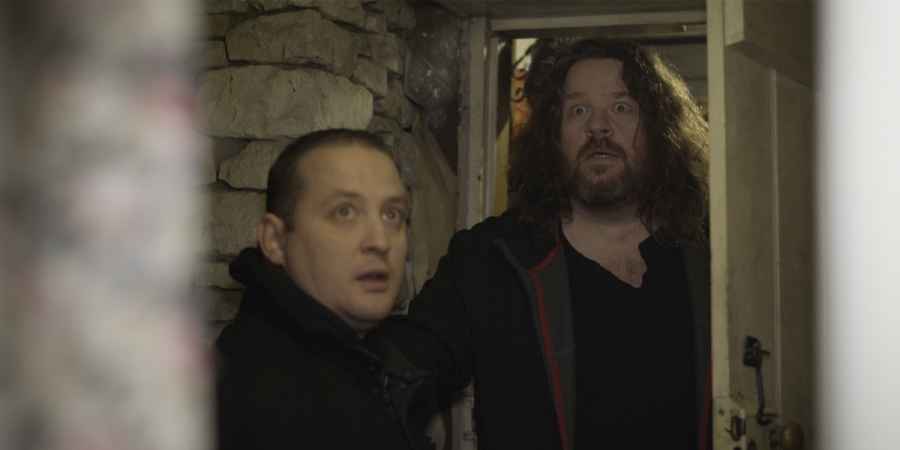 The wait is finally over. This month fans of the ParaPod finally get to see its spin-off feature film, but this British comedy isn't just for listeners of the podcast or even just for believers in the paranormal.
'The ParaPod – A Very British Ghost Hunt' sees comedians-turned-podcast hosts Barry Dodds and Ian Boldsworth in the first feature film based on a podcast.
The independent movie resumes its UK cinema tour on September 7, having unfortunately been put on hold last year due to the pandemic - like everything else. The film will also be available to stream on demand from Monday, September 27.
The movie is packed full of surprises and a narrative that keeps you guessing, so I'll keep this review spoiler free. What I can tell you is that this is a brilliant British film that you should support and check out, whether you're a believer, a skeptic or just looking for a good laugh. You can check out the movie's trailer below.
This movie is a must-see for those who love the paranormal, but don't expect another boring ghost hunting documentary. Although the film does have the characteristics of a documentary, it offers much more than the usual mostly-dull search for ghosts in the dark.
It's for this reason that it's not just fans of the paranormal or followers of the original podcast series who need to watch this film, especially with Halloween fast approaching. As the title eludes to, 'The ParaPod – A Very British Ghost Hunt' is at its heart a comedy road trip that delves headfirst into Britain's obsession with ghost stories.
The 108-minute-long movie is laugh-out-loud from start to finish as the comic duo take to Britain's roads in a suitably modified Hearse, calling at some of the country's best known haunted locations. Shot on location over a three-year period, their stops include the sinister vaults beneath the streets of Edinburgh, the home of the world's most violent poltergeist, and an ancient pub which is said to be haunted by a promiscuous demon.
Don't let the wild claims of pesky poltergeists and malevolent demons put you off, you don't need to be a believer in spooks and spectres to enjoy this film.
Skeptics are well catered for too as the aim of the road trip is for lifelong believer Barry to convince the ever-skeptical Ian that ghosts exist once and for all. Barry, who has a true passion for the paranormal, takes viewers on a journey into the sometimes unbelievable world of the supernatural, while Ian's role is to bring him back down to Earth. This means the film is balanced, I felt I was able to form my own opinions without having any particular agenda forced down my throat. 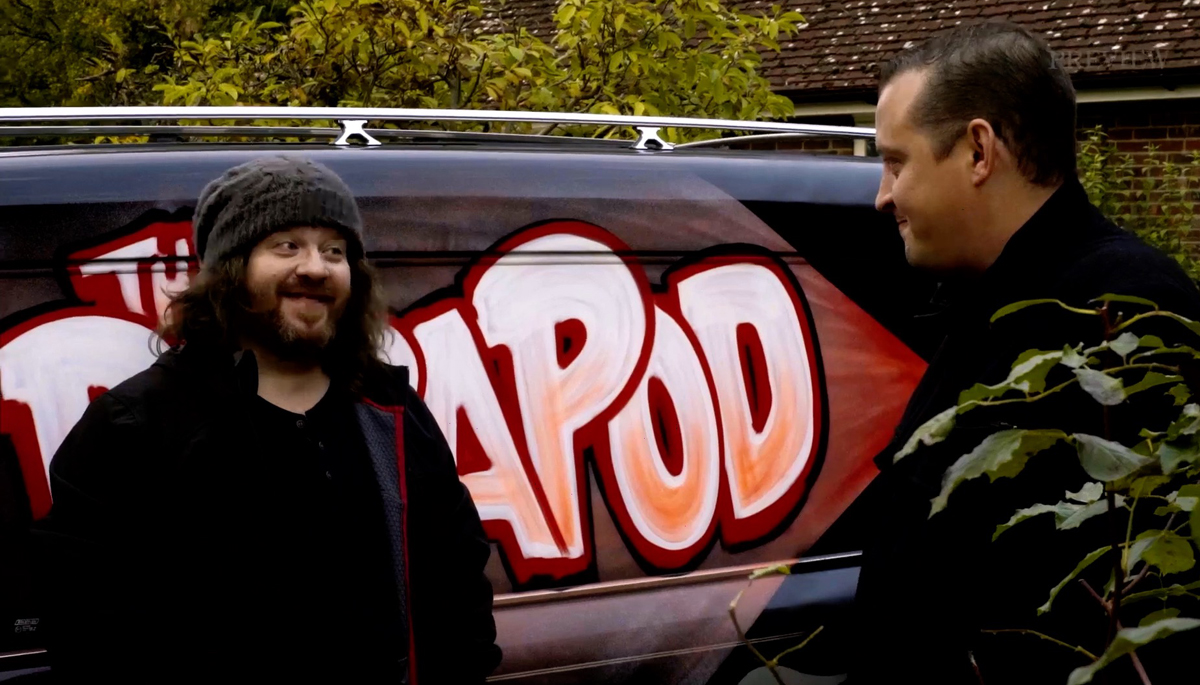 The movie, which is at its core two mates having a laugh (most of the time) as they travel across the country, is quintessentially British. It's relatable and familiar, like spending an evening with your mates at the pub. It has a quaint and independent feel about it, but that doesn't mean it comes across as being amateur or low budget. In fact for a movie with essentially a cast of just two, 'The ParaPod – A Very British Ghost Hunt' feels big and polished.
Of course, there are some unexpected twists and turns along the way, not just for Barry and Ian, but also for audiences. Surprisingly, it's not all laughs. It's a little scary in places and at times even emotional and unsettling.
Barry and Ian's unique brand of supernatural debate has enabled them to notch up more than 3.5 million downloads of their podcast, which was nominated for a Chortle comedy award.
None of this engaging banter is lost as the podcast makes the leap to the big screen, in fact the movie successfully recreates the feel of the podcast series by tying together the movie's fluid but very present narrative with retrospective podcast-like chats between the pair filmed in a radio studio. 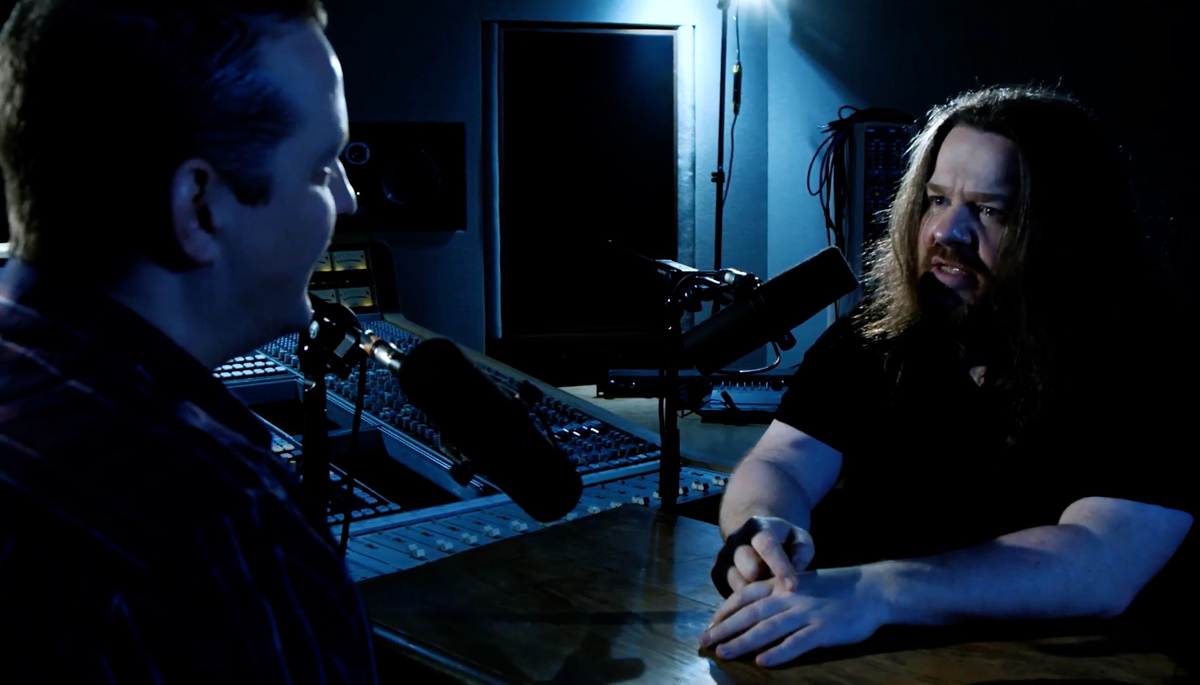 I first saw 'The ParaPod Movie', as it was known at the time, shortly after its glitzy premiere in London's Leicester Square in 2020. Soon after this, the movie's national cinema tour was cut short by the COVID-19 pandemic, which has left me and many fans of the podcast series impatiently waiting to see it again ever since.
With a change of title and a new buzz around it thanks to a revitalised publicity campaign, 'The ParaPod – A Very British Ghost Hunt' will finally get to see the light of day and reach the waiting audience it deserves.
'The ParaPod – A Very British Ghost Hunt' is directed by Ian himself and produced by Bil Bungay, the owner of the infamous 30 East Drive, which features in the movie. The score is provided by Thomas Van Der Ree, who will be a familiar name to those who listened to the podcast, with visual effects from Taylor Dempsey, all pieced together by editor, Simon Gibbs.
'The ParaPod – A Very British Ghost Hunt' resumes its UK cinema tour on September 7, starting at the Everyman Cinema in London's King's Cross. More details on the nine-date tour can be found at theparapod.com, including details of a special Halloween extended screening at the Midlands Arts Centre in Birmingham.
With tickets selling fast, if you miss out on the chance to go and watch the movie in the cinema, where Barry and Ian will also be hosting a Q&A, you'll be able to stream the movie at home from September 27.