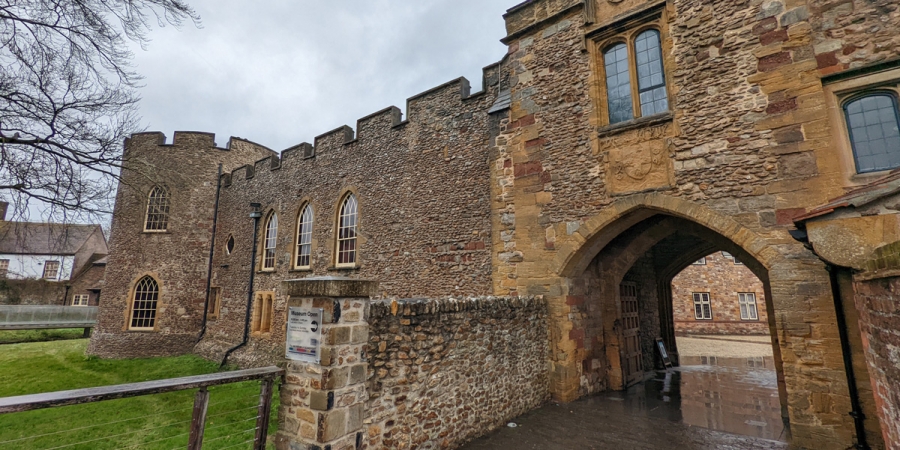 Somerset is the location of the mythical vale of Avalon, which is said to be a legendary island featured in the Arthurian legend. There's also stories of beast on Exmoor and plenty of haunted pubs scattered across the county. The county is known for its connection with paganism, the occult and the witches of the county didn't escape the infamous witch trials in the Middle Ages.
We've put together 20 tricky question about the county's paranormal hotspots, but how much do you know about the haunted locations scattered across Somerset?

1. In 2004, the 'Most Haunted' team investigated the Black Swan Hotel in Devizes, but which celebrity guest did they take with them?

2. Which famous figure is allegedly seen leading his ghostly troop of knights down the slopes of Cadbury Hill in Somerset?

3. The Chough's Hotel is said to be haunted by the ghost of a young woman named Elizabeth, but in which Somerset town is it located?

4. Guests at the Castle Hotel in Taunton have reported hearing the music of which ghostly instrument drifting in through their windows at night?

5. A phantom horseman has been reported galloping near which stretch of road near Bridgwater as recently as 2019?

6. Which famous Somerset attraction is said to be haunted by a ghost of a witch?

7. The disused Shepton Mallet Prison is said to be haunted by the White Lady, who was wrongly sentenced to death, but what was the crime she was accused of?

8. A phantom locomotive is said to pass silently through which main line railway station in Somerset?

9. Which Somerset railway station is said to be haunted by the ghost of a female station worker named Molly?

10. An area of woodland just outside of Bath is said to be haunted by the ghost of a murdered young girl, but what is her name?

12. The museum housed within Taunton Castle is said to be haunted by which notable historical figure?

13. Which Somerset pub was investigated in the second series of the British ghost hunting show, 'Help! My House Is Haunted'?

14. Ghostly Civil War soldiers are seen locked in battle on which hill above Bath?

15. A foul-mouthed phantom is said to hurl abuse at passing ramblers at which macabre-sounding area of woodlands?

16. Which of these is NOT a former use of the haunted Chough's Hotel?

17. According to legend, what did a monk from nearby Glastonbury do to the witch of Wookey Hole?

18. During its military use, what was Shepton Mallet Prison known as?

19. What is said to be odd about the haunted woodlands known as 'Sally in the Woods'?

20. Which of these famous Somerset locations has NOT been investigated by Yvette Fielding and the 'Most Haunted' team?