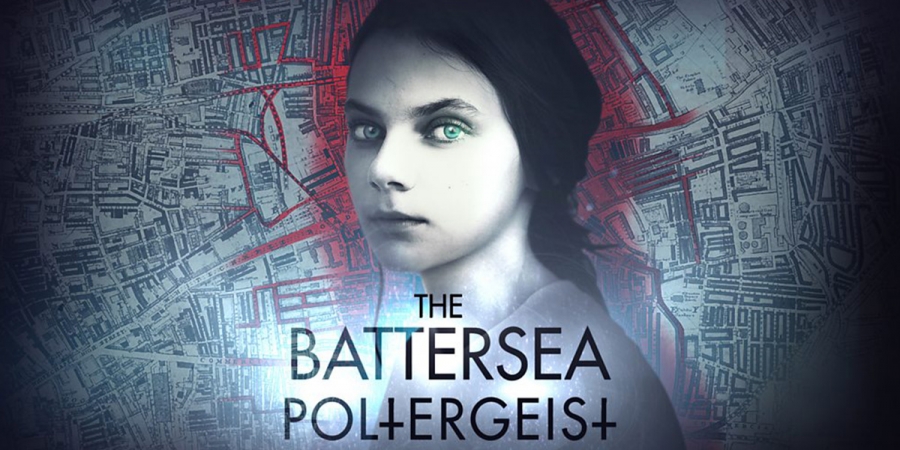 Finally fans of the paranormal have a podcast designed to turn them in to armchair supernatural sleuths. 'The Battersea Poltergeist' encourages listeners to formulate and share their theories on a fascinating paranormal cold case.
BBC Radio 4's new true-crime-style podcast revolves around the the haunting of an ordinary family living in a normal terraced house. Sounds familiar doesn't it? But the story unfolds 20 years before the famous Enfield poltergeist case. It even predates a similar haunting in Pontefract, but the story is just as - if not more - intriguing.

The podcast's host, Danny Robins, describes the case as "Britain's strangers ever haunting." It's fair to say the podcast is slow-paced, but it offers a meticulously detailed factual account of the poltergeist case with rational discussion interspersed with dramatic recreations of pivotal moments in the haunting. The acted segments have a classic gothic-horror feel about them with all the screams and scares you'd expect.
The case was investigated from the start by Harold Chibbett and focuses on the Hitchings family, who at the time were living at 63 Wycliffe Road - a typical South London home that's since been demolished to make way for more modern buildings. The happenings in Battersea started in 1956 and lasted for an incredible 12 years. The events made national news and the case was even discussed in parliament.
What makes this investigative approach to solving a poltergeist cold case so appealing is that rather than sending in modern-day paranormal teams or asking for the opinions of television ghost hunters, Danny and producer/director Simon Barnard rely on the original case files and analysis from academics in the paranormal field. The two experts sharing opinions across the eight-part series are Ciarán O'Keeffe a ghost hunter and parapsychologist working out of Buckinghamshire New University, and Evelyn Hollow a writer and parapsychologist from Edinburgh.
As part of the series Ciarán and Evelyn studied the original material on the haunting including Hitchings family's diaries, news stories and police reports, as well as Harold's original files on the case, but there's a lot to get through.
In the first episode Ciarán tells us, "we have a whole plethora of evidence. You've got objects moving but also levitating, bed sheets being pulled, scratching sounds." There was also apparently intelligent communication in the form of handwritten letters, spontaneous fires and seemingly disembodied voices. He adds, "if that's genuine, that blows anything out of the water from some of the other poltergeist cases that are held up to be the best."
Evelyn said, "it's a truly wild case, not just the length of it because it went on for 12 years which is just incredible and might be the longest running poltergeist case ever, also the sheer volume of people that were involved in it. So it starts to rule out the idea that a couple of people might be faking it."
As the first episode of the podcast reveals some of the early details of the case, it becomes apparent that the Battersea Poltergeist almost seems to be the blueprint for all future poltergeist cases. The activity was focused around a teenager, 15-year-old Shirley and started with banging coming from the ceiling and walls that were so loud that neighbours thought the family were ripping up floorboards in the middle of the night.
In these type of cases first night of odd activity often seemed to involve a member of the household calling the police. Shirley lived with parents Wally and Kitty, her grandmother Ethel, and John, Shirley's adopted brother. In the Hitchings' case it was her tube driver dad, Wally, who called the police. They promptly arrived at the property, but by the time they got there the noises had stopped and the family's report was dismissed.
However the noises did continue night after night. This lead the family to what now seems to have become the inevitable next step in these cases, reaching out to the press. The family appeared in national newspapers, starting with the Daily Mirror on February 20, 1956. It's interesting and perhaps telling that it was the Daily Mirror who two decades later broke the Enfield Poltergeist story. It was also the Daily Mirror that made the Pontefract Poltergeist national news, albeit several years after it received limited attention in the local press.
In true poltergeist fashion, the activity escalated. We learn this in episode two in a testimony from Shirley herself, now 80 and living on the South Coast. Shirley tells us that pots and pans were thrown through the air from empty rooms, slippers walked by themselves, and that she levitated above her bed. All this the result of what the family believed to be a mischievous entity, which they nicknamed Donald.
Shirley says the haunting stole her teenage years, but was cautious about revisiting the topic. She said, "I'm not that scared little girl anymore, but I am apprehensive that it might bring Donald back."

With Shirley's revisited testimony and Harold's original case files to consider, plus the knowledge of two paranormal experts, the podcast stands a good chance of uncovering whether the Battersea Poltergeist was a genuine haunting or a hoax. Despite theories from sceptics and believers, this 65-year-old mystery has never been solved.
Listeners are encouraged to become armchair paranormal investigators and share their own theories and questions about the case, which will be addressed in later episodes. Since the series has already gone top 10 on the Apple podcast chart, the show is sure to be inundated with messages.
The first two episodes of the podcast are available to listen to now on BBC Sounds, enough to get listeners hooked on the case and left wanting more. The following six episodes will be published over the coming weeks.
Tags:
paranormalpodcaststopicalradiobattersea poltergeistdanny robins