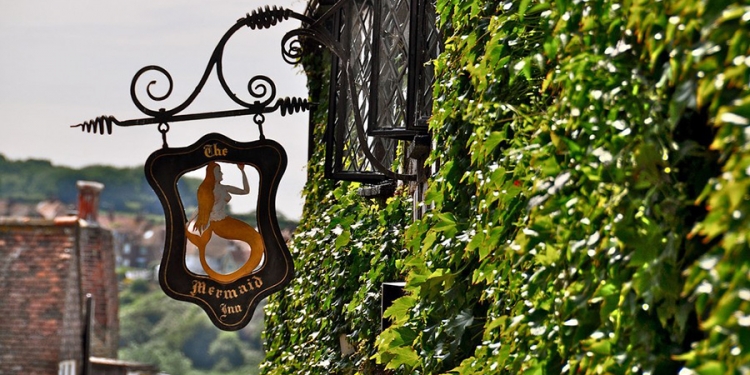 Photo: © Jez D
It's easy to understand how the Mermaid Inn in Rye earned its reputation of the most haunted pub in Britain due to its countless stories of hauntings and so much history, including a time when it was used a base for a notorious band of smugglers.
It is one of the most famous haunting cases in the UK, but how much do you know about the paranormal activity which occurs in this ancient pub? Test your knowledge with this tricky paranormal trivia quiz...

1. How far does the current building date back to?

2. How many different ghosts are said to haunt the pub?

3. In which room is the ghost of a woman wearing white/grey most frequently seen sitting next to the fireplace?

4. What is the name of the notorious band of smugglers connected with the inn?

5. Often light anomalies and strange apparition are caught on camera at the same time of day, but at what time?

6. One of the ghosts spotted in the pub is said to be the spirit of which of these?

7. The owners of the pub held a séance in one of the haunted bedroom, during the session, what happened to the medium?

8. Guests have awoken in the night to witness a pair of ghosts doing what?

9. Which of these strange occurrences have been reportedly experienced by guests?

10. The girlfriend of a member of smuggling gang is said to haunt the pub, her boyfriend killed her for what reason?