For most of his adult life R.P. Serin has been a sceptic, until he discovered Danny Robins' collection of paranormal podcasts and began to question his rigidly held assumptions. 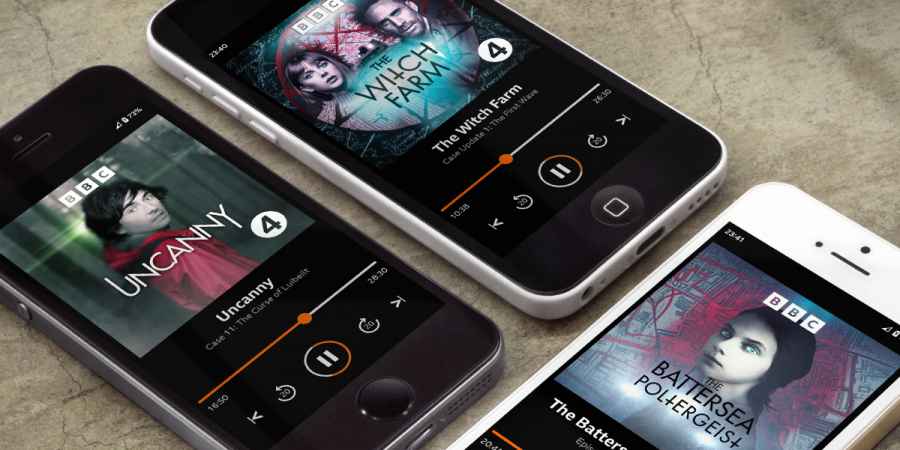 The most recent incarnation of Danny Robins' serialised paranormal investigations, 'The Witch Farm' (BBC, 2022), has finally hit our listening devices. Following on from the successes of 'The Battersea Poltergeist' (BBC, 2021) – a nine-part audio series that takes a deep dive into the seemingly paranormal events that affected the Hitchings family in 1950s-60s Battersea, UK – and 'Uncanny' (BBC, 2021) – which examines one case of paranormal shenanigans each week.
'The Witch Farm' follows the story of a young family who, in the late 1980s, began a new life within the isolated expanses of the Brecon Beacons, only to be subjected to a protracted and upsetting ordeal at the hands of something that apparently resides in their 'dream' home – a 1950s farmhouse called Heol Fanog.
This investigation is proving to be just as intriguing, entertaining, and plain old spooky as its forebears – perhaps even more so. These intoxicating qualities work together, wrapping their icy fingers around the hearts of their listeners, whispering of things that lurk in the dark. Things that might change you, as they have changed me. It is no exaggeration when I say that listening to these shows has fundamentally altered the way I think, what I feel, and what I believe.
But before we sink into the depths of my own introspection, let's have a look at what really makes Danny Robins' eerie endeavours so bleeding good.
There is no shortage of content for those with an interest in the paranormal: podcasts, videos, live streams, magazines, television programs – the list goes on. And I would divide most of these into two (very loose, and slightly lazy) groups: those that seek to entertain and those that take a more analytical approach. The former can often come across as sensationalist, shallow, and even exploitative. While the latter can be overly dry and academic – important, perhaps, but not easy to consume.
Thankfully, the teams behind 'The Battersea Poltergeist', 'Uncanny', and 'The Witch Farm' manage to get this balance right. There are four crucial elements that help this to happen.
First is Robins' presentation style, and excellent writing, which are both engaging and informative, holding the audience's interest as story and investigation are weaved seamlessly together.
Then, there are the witnesses, who are invited to tell their own stories. They always come across as credible; it is striking how deeply these experiences have affected them, and how reluctant they often are to attribute any one explanation. They know what happened to them, but they don't always know what it was. The guests are always treated with respect. It never feels as though they are being mocked or exploited.
Thirdly, we have the experts: a minimum of two for each episode. One to explore, and generally champion, any potentially paranormal explanations, and one to advocate for the more scientific, or 'rational' arguments. And while the show does playfully define its experts (and listeners) as either 'sceptic' or 'believer', I would argue that despite differing perspectives all the experts featured are healthily sceptical. They consider the evidence set before them and use their considerable expertise to make the case for a paranormal or non-paranormal position.
Finally, and perhaps most importantly, there are the cases themselves. Each is a brilliant balance of spine-tingling tale, and intriguing detective story. They are so densely packed with material that, just as you think you have everything figured out events will slingshot you into another rabbit hole of twisted speculation. Nothing is ever what it seems.
'The Battersea Poltergeist' and 'The Witch Farm' also feature a fifth ingredient: dramatic reconstruction, which, in the hands of a less skilled team would almost certainly tip the balance from thoughtful investigation into an outright sensationalist cheese-fest. Happily, in these cases the drama serves to enhance the experience, providing greater levels of immersion. Key moments of each story are reconstructed by talented voice actors in sections that are so good they could make a show of their own.
None of these are cases that can easily be solved, if at all. Though, as I have discovered, spending time wrapped within their veil of mystique is time in which the shallow certainties of the modern mind can become ensnared within the fathomless claws of ancient shadows. 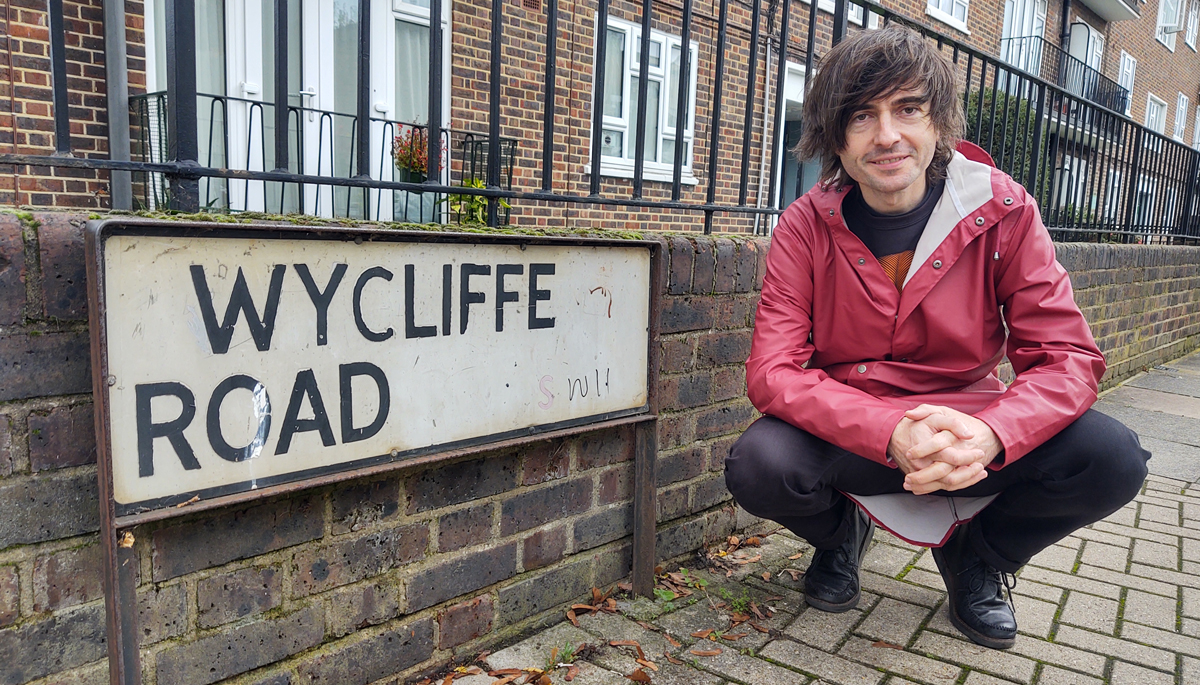 For most of my adult life I had been the kind of sceptic who would question everything. Everything, that is, except those things that popular scientific literature asserted could not possibly be true. There are no ghosts. Psychic phenomena are an impossibility. The mind dies with the body. Sure, there were people who actually believed that something inexplicable had happened to them, and of course, there were things that appeared to defy logic, but that was only because we didn't have all the facts, or that the facts had been misremembered, or that– well, you know how it goes.
A couple of years ago I casually read an article about the study of Near-Death Experiences. It was fascinating, yet unbelievable, stuff. Curiosity led me to look for more articles, and the more I read, the more my confidence in the old certainties began to falter. This just happened to be around the time that 'The Battersea Poltergeist' was first broadcast.
I've always been interested in the spooky and the terrifying. Like many kids who grew up in the 1980s, I started watching highly age-inappropriate horror movies at a highly inappropriate age. Back then I would allow my imagination to run wild, and my potential belief in the possibility of such things to roam free. With age the imagination dulled and the belief in possibilities became confined within near-impenetrable enclosures.
If 'The Battersea Poltergeist' had attempted to confirm one bias or another, then I doubt it would have had much impact on the cracks that were beginning to appear in my dogmatic convictions. A 'sceptical' outlook would have been an entertaining confirmation of my own assumptions. And a 'believers' perspective would also been entertaining, though I would have fallen back into old habits: scoffing at the paranormal 'woo-woo' – if they'd invited a real sceptic then obviously these naive explanations quickly be put to bed
The cases covered are so well selected, partly, because of how well they allow these tensions to be explored. For every paranormal incident, there is a compelling 'rational' explanation.
An impressive array of well-researched and well-understood principles can be employed to explain the majority of paranormal occurrences. Individually, they are often powerful and compelling. But in cases such as these, where a multitude of relatively rare physical or psychological conditions are required to explain just one incident in an ongoing series of events, experienced over long periods, and by multiple witnesses, the probability of every occurrence being explained in such terms begins to feel remote.
Each of these investigations has helped me to question my own rigidly held assumptions, allowing me to arrive at a position from where more reasonable and less dogmatic kinds of scepticism can flourish. No longer do I scoff when friends and colleagues recount their own paranormal experiences; nor do I belittle those who have had profound experiences when visiting psychics and mediums. I still think that there are well founded, non-paranormal explanations for many of these things, but to assume this is the end of the matter would be to discard any evidence that seriously challenges our current scientific understanding. That doesn't seem very sceptical, or scientific, to me. If you open your mind too much, then perhaps your brains will fall out, but if you never open it at all, then surely you are doomed to stagnate in a rotting pool of dogmatic delusion.
If you have not yet listened to any of these programs, then I am deeply envious of the great time that awaits you. Perhaps you won't come away with dramatic changes in your own beliefs, but I'm confident that you will gain a greater understanding of thinking that differs from your own, and you'll have a fantastic time thrown in for good measure too. 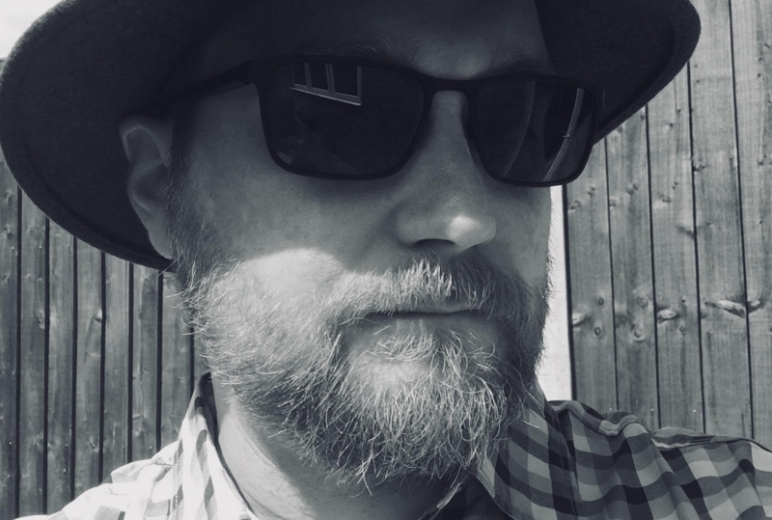 R.P. Serin was born in 1981. He lives in the UK with his wife and two children and has worked in the NHS as an Operating Department Practitioner for over 15 years. In 2018, he graduated from the Open University with a 1st class Honours Degree in History and is an Affiliate Writer with the Horror Writers Association. His work has previously been published in Dream of Shadows Anthology, Paranormal Magazine, Horrified Ezine, and elsewhere. He was diagnosed with Autism in 2019.
Tags:
battersea poltergeistuncannythe witch farmdanny robinsradiopodcastsparanormaltopical