'The Witches' A Scary Watch But Perfect For Kids This Halloween 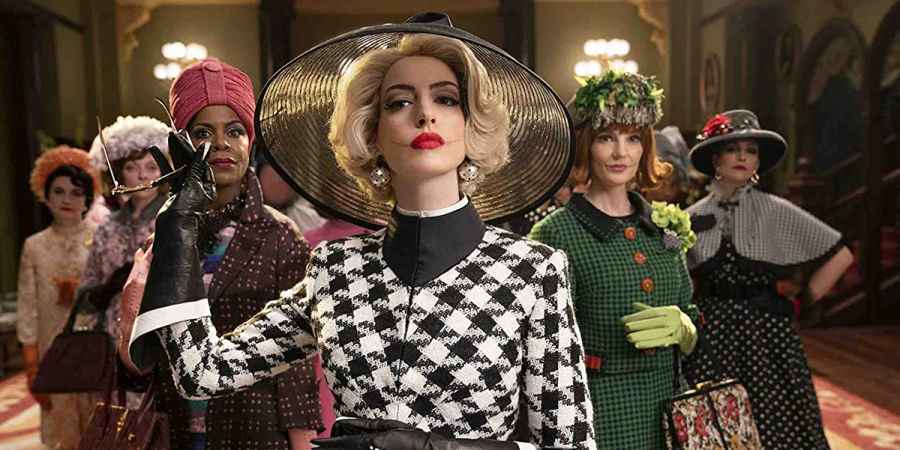 The new movie adaptation of Roald Dahl's classic 1983 children's book landed on Amazon Prime Video this October and it's the perfect watch for kids this Halloween.
Growing up in the 90s I remember reading the original book, or at least having it read to me, and I watched the 1990 version of the movie, which starred Anjelica Huston, in the on board cinema of a cross-channel ferry.
Despite being quite a memorable film, it's not a 90s classic that I delve back into like I do with films 'The Goonies' and the 'Back To The Future' series from around that time, which is why it's great that the classic story has been given a new lease of life and taken to a new generation.
I remember the witches in the original movie being creepy as a child, but this time round thanks to the magic of CGI, the coven are witches are pretty unsettling, even as an adult. Especially the Grand High Witch, played by Anne Hathaway this time around.
The movie also stars Stanley Tucci, Octavia Spencer, and Jahzir Bruno and the voice of Chris Rock, and has a PG certificate, but with its photo-real depiction of some quite hideous inhuman witches, the movie really might be the stuff of nightmares for younger children... perfect for Halloween right?
The movie is directed by Robert Zemeckis who has a proven track record of making movies we love and remember forever including 'Back To The Future, 'Who Framed Roger Rabbit?' and 'Forrest Gump'. Zemeckis has done the Welsh children's author's story proud.
The new version is engaging from start to finish, even for adults who know what's coming next, told in that familiar Roald Dahl with a dark-comedy feel.
The only downside is the movie's price tag. Here in the UK you can rent the movie via streaming services like Amazon Prime Video, but at the cost of £15.99 for a 48 hour lease.
This is because the film has by-passed the cinema due to the pandemic and is instead available as Premium Video-on-Demand (PVOD). This premium price is basically the publisher's way of making their money back due to the loss of cinema earnings.
Although the film is expensive to watch for a rental stream, it is a very enjoyable watch and a perfect film for Halloween, especially if you've got excited kids in the house.
'The Witches' is available to watch on Amazon Prime Video here.
Tags:
moviestopicalwitchcraftamazon prime