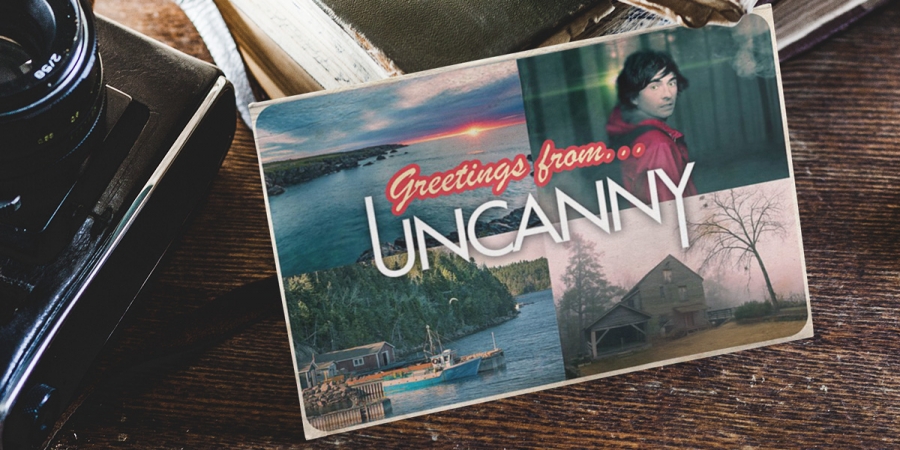 The hit paranormal podcast 'Uncanny' is back with a new summer special that will chill you to the bone. Danny Robins is taking listeners on a family trip of a lifetime that becomes the holiday from hell.
» Listen live today at 6pm here
The new summer special will drop on BBC Sounds next month. The date and time to put in your calendar is fittingly, 666. As the episode will drop at 6pm on Monday, June 6.
Danny announced the news in a teaser for the special, he told listeners "we are releasing a new episode of 'Uncanny'. It's our summer special." The podcast host added, "you know how when you were a kid, you would get your favourite magazine and there would be a special bumper edition for the holidays. This is the podcast version of that."
Danny explained, "it's a brand new case, a completely new story that came in," adding, "I literally cannot wait for you to hear this."
A trailer for the special features the voices of Deborah Hyde, a former editor of The Skeptic magazine, and Evelyn Hollow, a parapsychologist who features regularly in Danny's podcasts.

What happens when the family trip of a lifetime becomes the holiday from hell?

Uncanny is back for a summer special 👻@danny_robins returns at 6pm on the 6th of June.

The trailer teases the all-new case and hints at a terrifying story which includes ghostly apparitions, demonic voices, and people getting thrown across the room. The case of six very frightened British tourists in a house with something that didn't want them to be there.
The as-yet unnamed witnesses are heard in the teaser telling Danny, "it was the scariest moment of my life and I've never ever wanted to go through it again." Another mystery voice said, "I just remember being very excited about it. It was a real dream holiday really."
The family were out in the middle of nowhere, the witness tells us, "there was no other buildings in sight." Evelyn comments, "it's in Newfoundland, and it's in quite an isolated area and in terms of weirdness factor, this case has really got it all."

#UncannySummerSpecial full audio trailer with special message from me now in your ⁦@BBCSounds⁩ Uncanny feed…. https://t.co/LIol8zeLAw

The first season of the supernatural podcast, which coined the catchphrase "bloody hell, Ken", came to an end after a 15 episode run in January and saw Danny open cold case files on everything from poltergeists, crisis apparitions, guardian angels, UFO sightings and premonitions.
In the final episode of the season, Danny confirmed that the podcast would be returning for another season. In today's update Danny told us, "we're working on season two right now."
In his announcement message, Danny also said "I want to thank you for all of your messages on season one, all those brilliant questions and theories on the cases. And also all the stories that you have been sending me as well. I can't tell you what a privilege it is to get all of these experiences coming in, and it's also bloody scary, quite frankly."
If you haven't listened to the podcast that gripped the paranormal world yet, then the full first season of 'Uncanny' is available to listen to in full and for free on BBC Sounds.
The 'Uncanny' Summer Special drops at six o'clock on June 6, 666.  Subscribe now on BBC Sounds and the new episode will automatically drop into your feed.