Where To Watch 'The ParaPod: A Very British Ghost Hunt' Movie 2021 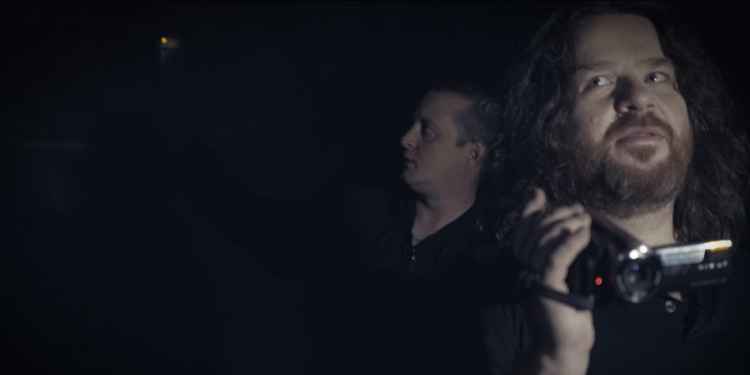 Photo: © Infinite Hermit
This page has been updated in 2021 to reflect the digital release of the movie, which is now known as 'The ParaPod: A Very British Ghost Hunt'.
The ParaPod is the first podcast to become a feature film. It will star Ian Boldsworth and Barry Dodds, who started their journey into the paranormal together when they sat down to record the podcast's first episode in 2015. Since then there has been a total of 30 episodes, as well as a handful of specials and sell-out live shows, which have notched up 2.3m downloads.
In the movie the comic duo take to Britain's roads in a suitably modified Hearse, going head-to-head as Barry tries with increasing desperation to convince his skeptical friend about the existence of ghosts at some of the country's allegedly most haunted locations.
It's not going to be a documentary as such, and neither is it a flat-out comedy film, but initial reviews suggest the movie promises to be tense and even scary in places, but delivers the ParaPod's trademark conflict and hilarity, under the tagline, "you won't believe it... but he will."
The movie has had its debut screening at a premiere event in London, and in March 2020 and completed a cinema tour in September 2021, having been postponed due to the pandemic. However as of September 27, 2021 'The ParaPod: A Very British Ghost Hunt' is now available to stream at home.

'The ParaPod: A Very British Ghost Hunt' is available to rent or buy now in the UK and is available to pre-order in the US for its November release there. The film is available to stream on all the usual digital platforms including...
📺 Google Play
📺 Amazon Prime
📺 iTunes
📺 Sky
📺 Rakuten

Prince Charles Cinema, Leicester Square – Tuesday 7th January
The first chance to see the finished film was at a premiere screening event that took place in London's glitzy Leicester Square, the UK's home of movie premieres. The one-off, sell-out screening was introduced by Ian and Barry who hosted a Q&A afterwards.

The movies tour resumes in October 2021 with two dates over Halloween. The screening on the night of the 31st is being labeled a 'special Halloween filmmaker screening' and promises those with tickets extra material.
Bishop Auckland Hilarity Bites Comedy Club – October 30, 2021 Birmingham M.A.C – October 31, 2021

To make sure you don't miss out on announcements of new screening dates, and news on digital releases and streaming, make sure you follow @theparapod on Twitter for the latest information.
That'll keep you up to speed, but if you want to stay ahead of the curve and become part of an exclusive crowd that gets the news first, the best way to make sure you don't miss any updates is to join Ian's Infinite Hermit Patreon page. You can get access to these updates, exclusive previews, sneak peeks, and deleted scenes from The ParaPod Movie by supporting his work for as little as $1 a month.
You can also keep up with the latest news on the ParaPod Movie here (although normally a few weeks behind Patreon), and re-listen to the original podcast with our episode guide.