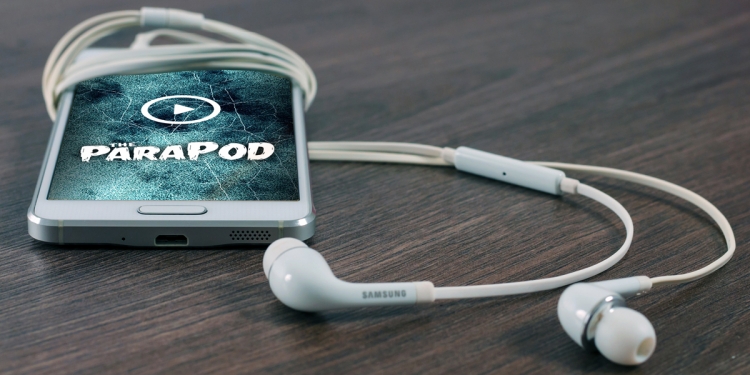 Photo: unsplash.com
To date Barry Dodds and Ian Boldsworth have recorded four series of The ParaPod. The ten episodes plus one special edition podcast of the first series in 2015 were all on the topic of ghosts.
In 2016 Barry and Ian returned with a second series, this time entitled The ParaPod: Mysteries, again there were ten episode plus a special later in the year.
The third series, The ParaPod: Conspiracies started in early 2017 with a total run of ten episodes, this was followed in early-2020 by The ParaPod Movie podcast - a fourth series consisting of ten new episodes.
Below you can find a complete list of episodes with details of the main topics of conversation for each, plus links to reviews, downloads and how to listen.

Robert The Doll
Ahead of the release of the ParaPod Movie, Barry Dodd and Ian Boldsworth return for a special, one-off podcast. The duo go back to their roots and discuss ghosts. Barry's featured haunting was a supposedly possessed doll called Robert of Key West, Florida. The extended cut of the podcast is available through Ian's Patreon page.
1 Aug 2018 | Review | Apple | Soundcloud | Listen (Extended Cut)

Episode 4: The Bizarre Death Of Christopher Case
Barry Dodds tells us about the unexplained death of a man named Christopher Case, he believes his fate was the result of a curse, something that terrifies Barry, but was Ian convinced?
11 Mar 2020 | Review | Apple | Soundcloud

Episode 5: The Bell Witch Haunting
This week, Barry Dodds amuses us with a 19th century legend from the southern US states, but can he convince Ian Boldsworth that the case is credible?
18 Mar 2020 | Review | Apple | Soundcloud