We've all heard the stories that Elvis is still alive and that Bruce Lee faked his own death so he could go undercover for the Hong Kong police. In this week's ParaPod Barry and Ian aren't questioning whether someone faked their own death, they're questioning whether Paul McCartney is actually already dead. 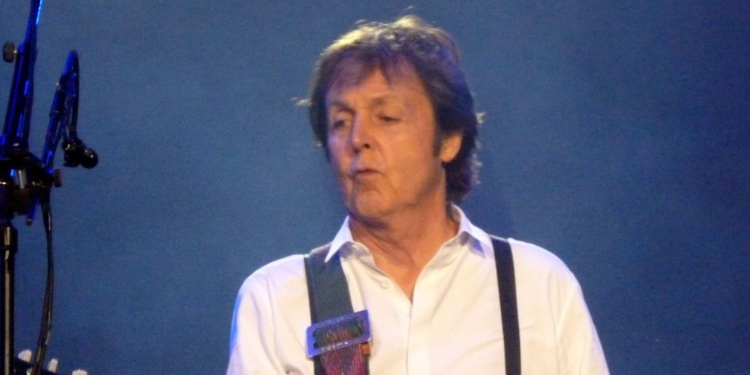 "The claim is that Paul McCartney died in a car crash on January 7th, 1967."
Barry Dodds
As Barry quite rightly says, Paul was worth a lot of money and record labels and management would have a vested interested in not just his career, but The Beatles as a whole. So, if he had died in a car crash in 1966 (not 1967 as Barry incorrectly said) would his management have covered it up?
According to Barry, there weren't many bands in the 60s, he says there were in fact only six, although he wasn't actually able to name any of the other five apart from T. Rex and Gladys Pip & The Knights... whoever they are.
Whoever those other six bands were, The Beatles were clearly the biggest and with Paul and John Lennon were arguably the most important members of the band and the music industry thought that fans wouldn't be able to cope with the loss of Paul.
Barry doesn't know where or how the accident happened, in fact he says "that's not important" but he does know that Paul was killed in a car crash and his death was covered up. So, according to Barry, "they went out and found some bloke" who had won a Paul McCartney look-a-like competition in Edinburgh, a chap by the name of William Campbell.
Apparently it wasn't hard to mimic the Beatle because Paul "wasn't a great singer" anyway, it just happens "he was one of the first and that's why he gets recognition."
Barry goes on to say that this change in The Beatles line-up is apparent due to Paul being taller, having "weird ears" and "his lip is weird."
As always Barry has a few bits of evidence to back up his claim, you can review them below... 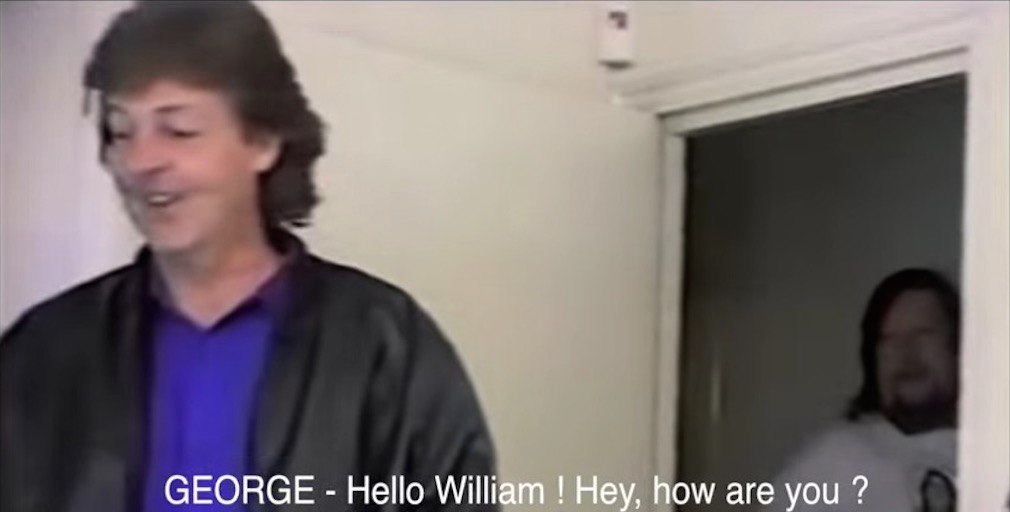 Barry says he found a video online where fellow Beatle, George Harrison greets Paul McCartney by saying "hello William." You can see the clip 2 minutes and 35 seconds into this video and I have to say, it's quite a compelling bit of evidence. George does seem to call Paul by the name William as he enters the room.
Of course what we might not be seeing is someone who's actually called William entering the room before Paul off camera and that's who George is talking to... Or George could just be a bit mad. 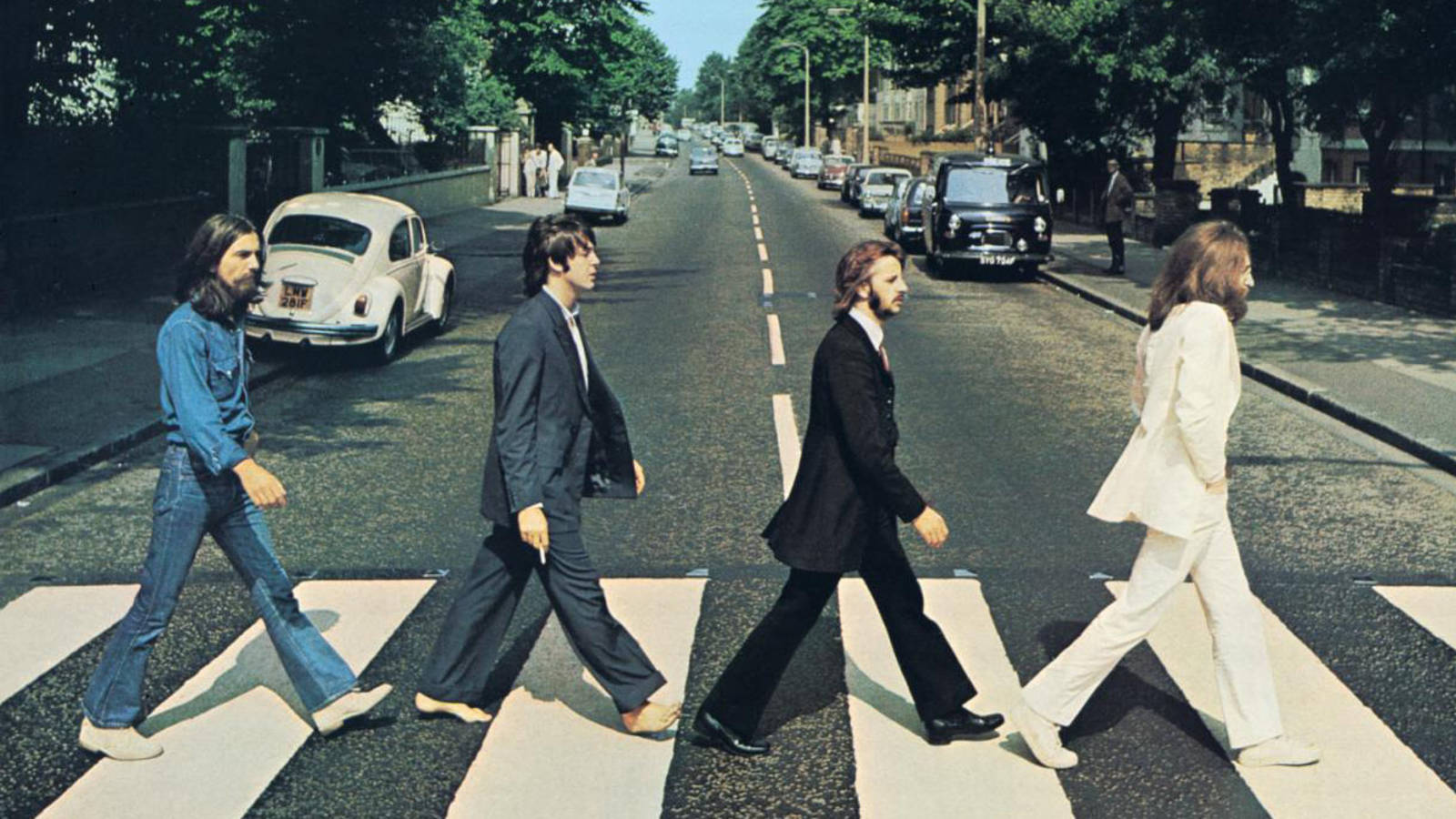 Barry thinks the cover of the 1969 album, 'Abbey Road' is a dead give away of a fake Paul, the reason being... Paul is "holding his cigarette in his wrong hand."
Barry says "you know you have your cigarette hand? Mine's my right hand." Ian asks Barry, "have you never had a cigarette in your left hand?"
Barry also commented on the fact that Paul has no shoes on in that photo, apparently Paul's reason for not wearing shoes as he crossed the world famous Abbey Road was because his feet were hot, but Barry's not convinced stating, "it's not that hot in Liverpool."
Barry again proving his level of understanding of the topic.

Barry's next bit of evidence was that The Beatles loved to leave little clues to their cover up and one of the ways they did this was through their music, using any conspiracy nuts favourite technique, backmasking.
When the song 'Revolution 9' is played backwards the words "turn me on, dead man" can be heard over and over. As Ian points out, this means nothing, "they're not singing Paul McCartney is dead."

Barry continues, "John Lennon did a song in 1971 called 'How Do You Sleep?' dedicated to Paul McCartney with the line, 'those freaks was right when they said you was dead'."
Ian soon puts an end to this bit of evidence by reminding Barry that John Lennon also famously sang "I am the walrus." Ian says "no one is walking around saying he's actually is a walrus."

For the first time ever, Barry almost had me convinced this week, I have to admit other than the backmasking and the cigarette, he's evidence was interesting.
It turns out there are lots of old clips of various Beatles calling Paul by the name William but, of course it can't be true.
It's much more likely that Paul's band mates call him William as an in-joke based on the fact that they were all aware of the urban legend that Paul had died, and it just stuck. I once had a friend who called me Henry for a good six years or so, there was no reason why, it just stuck.
The band could have been joking around as a result of the urban legend, they did know about these claims as far back as 1969 when their press office dubbed the claims "a load of old rubbish."
The main reason this urban legend can't be true is because it would be impossible to keep it secret for 50 years, someone would have missed William when he turned his back on his life and went off to become a Beatle at the age of around 24.
Perhaps William's family were in on it but what would his workmates think when he stopped showing up for work? They'd have heard the rumours about Paul and then William, their mate who looks just like him, mysteriously goes missing. Were they told William died? Did they all go to a fake funeral?
What about Paul's friends and family? Everyone at the record label. Radio and TV personalities that would have known and interviewed Paul. Imagine the number of people who would have to lie in order to keep this conspiracy going.
Ian 3 - Barry 0.