'The ParaPod - A Very British Ghost Hunt' gets a fresh new look and hopes to hook fans of supernatural comedy with a brand new trailer.

It's been a long time coming, but it looks like the highly-anticipated 'The ParaPod - A Very British Ghost Hunt' might finally see the light of day. With secret murmurings of distribution deals and a relaunched publicity campaign, Ian Boldsworth and Barry Dodds' movie project appears to be on the brink of reaching the audience it deserves.
The movie, which is the first podcast to become a feature film, has already had its premiere at a sell-out screening in London's glitzy Leicester Square, before embarking on a national cinema tour.
Unfortunately, the tour was cut short by the COVID-19 pandemic and the buzz around the project began to fizzle out during lockdown. But now the movie is back with a fresh new look and a tweaked name, which should appeal to a wider audience beyond just those who were responsible for downloading the original podcast series 3.5 million times. 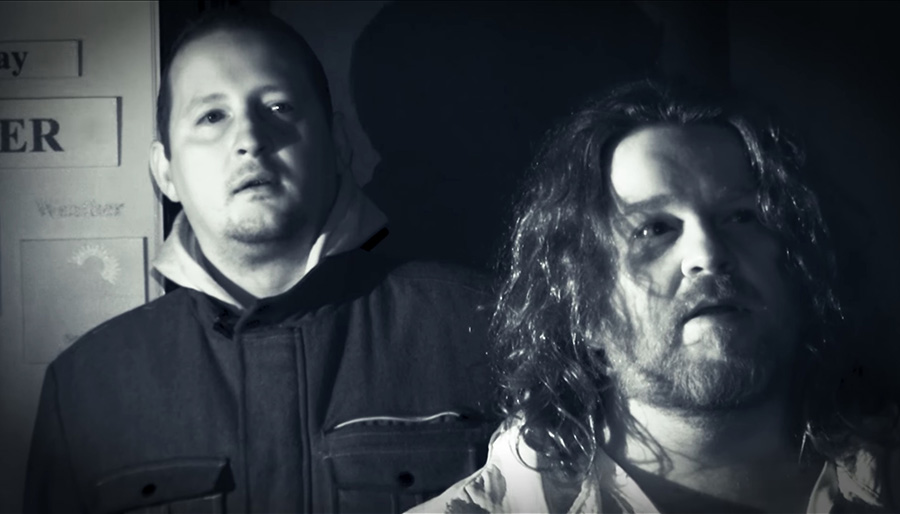 Photo: © Infinite Hermit
In the movie, now called 'The ParaPod - A Very British Ghost Hunt', Barry and Ian take to Britain's roads in a suitably modified Hearse, going head-to-head as Barry tries with increasing desperation to convince his skeptical friend about the existence of ghosts at some of the country's allegedly most haunted locations.
The comic duo started their journey into the paranormal together when they sat down to record the podcast's first episode in 2015. Since then there has been a total of 30 episodes, as well as a handful of specials and sell-out live shows.
To support the movie's revitalised push, a new trailer has dropped which shows the pair at some of the iconic haunted locations they visited throughout their journey.
The movie was directed by Ian himself and produced by Bil Bungay, the owner of the legendary 30 East Drive, which features in the movie. The score is provided by Thomas Van Der Ree, who will be a familiar name to those who listened to the podcast, with visual effects from Taylor Dempsey, all pieced together by editor, Simon Gibbs.
The trailer is just the first stage of the relaunch of the independent British film, further information on when and where you'll be able to watch the film is likely to be available soon.
You can also keep up with the latest news on the 'The ParaPod - A Very British Ghost Hunt' here, and re-listen to the original podcast with our episode guide.