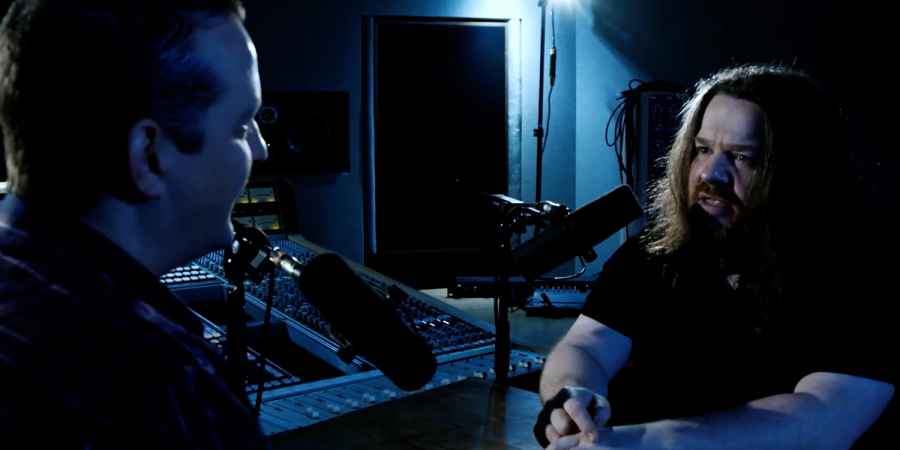 Following the digital release of 'The ParaPod: A Very British Ghost Hunt' five-star ratings and glowing reviews have been flooding describing the film as the "best comedy in years."
Less than 48 hours after the official release of the long-awaited independent British movie that spawned from a podcast series, it's already clear that it has won over fans of comedy and the paranormal.
Within hours of its on-demand release, the movie which stars Barry Dodds and Ian Boldsworth has topped several film charts. Claiming the top spot on the documentary and independent charts on Apple UK, and narrowly missing out in the horror list, held back only by one of the year's biggest horror releases, 'A Quiet Place II'. The movie has also topped Amazon Prime's trending list of 'movers and shakers'.
While these numbers are impressive, what's really great to see is the faultless record of five-star ratings and the number of overwhelmingly positive reviews flooding in for the film, which is now available to stream in the UK on Google, Amazon, iTunes, Sky and Rakuten.
The 107-minute-long documentary style film has been described by those who have seen it as:
'The ParaPod: A Very British Ghost Hunt' is available to rent or buy now in the UK and is available to pre-order in the US for its November release there. The film is available to stream on all the usual digital platforms including...
📺 Google Play
📺 Amazon Prime
📺 iTunes
📺 Sky
📺 Rakuten

Reviews praising the movie for its brilliance, re-watchability, treatment of the divisive topic of the paranormal and its laugh-out-loud moments are still flooding in across all of these platforms. One reviewer named Joey wrote, "you'll laugh, you'll weep, you'll poo your pants - this movie has everything! Boldsworth's directorial debut will become a cult classic for comedy and paranormal fans alike."
Kyle said that the film offers "a quite rational look at the paranormal" and wrote on Amazon, "a very funny film that never stops being actually serious in the background, resulting in an experience that not just makes you laugh but simultaneously provides room for serious thought on the process of ghost hunting and how people actually experience the paranormal."
Like many fans of the original podcast series, Kyle has been waiting to watch this movie throughout the duration of the pandemic and beyond, but said "it was definitely worth the wait for me. Both Ian and Barry should be proud of what they've managed to make as small indie filmmakers."
The movie sees the comic duo take to Britain's roads in a suitably modified Hearse, going head-to-head as Barry tries with increasing desperation to convince his skeptical friend about the existence of ghosts at some of the country's allegedly most haunted locations. The pair started their journey into the paranormal together when they sat down to record the podcast's first episode in 2015. Since then there has been a total of 30 episodes, as well as a handful of specials and sell-out live shows.
Despite its origins as a podcast, listening to the series isn't a prerequisite for enjoying the movie as another five-star reviewer explains, "whether you're a fan of the podcast or not you'll love this film. If you don't then the problem is you, not the film!"
On Twitter, @paulwhitelaw agreed, "you don't need to be familiar with the podcast to enjoy it, as the premise is clear and simple: a doc in which two comics - one a devout believer in the paranormal, the other a rational sceptic - go on a nationwide ghost hunt."
Another reviewer, Morgan, wrote "had the absolute pleasure of seeing this at advanced screenings. Hysterical laughs from start to finish with a few fantastic frights throughout; proper scares. Ian and Barry have an incredible chemistry that is so so enjoyable to watch on-screen."
This is followed by another positive review that describes the movie as "a wonderful, wonderful film that manages to blend laugh-out-loud comedy, spooky happenings and even some serious bits - couldn't recommend enough!" Don't believe them? You can watch the trailer below and get a taste for the film for yourself...
The movie, which is the first podcast to become a feature film, had its premiere at a sell-out screening in 2020 at the Prince of Wales Theatre in London's West End, before embarking on a national cinema tour. Unfortunately, the tour was cut short by the pandemic. The movie's tour, which included the chance to meet its stars, resumed in the weeks leading up to the film's digital release.
Now with one successful movie under their belt, could Barry and Ian soon bounce back with a second hit? @Peelie77 raised this possibility in a tweet, "The ParaPod Movie needs a sequel, take the hearse over the pond to hunt some American ghosts." But a reply from the film's official account quipped, "or tip the hearse into a pond and run away very quickly. It's still on Ian's drive and you can literally have it if you agree to take it away."
Another fan of the movie joked that perhaps a television series could be the duo's next adventure, suggesting the title 'Barry's Mystery Of The Week'.
The final word goes to @EbrillSarff, who tweeted "Amazing. Just a truly brilliant film. Not cos it's indie, not cos it was a hard-won triumph... just brilliant on its own merits."
As a thank you for the huge support after the release of the film, Ian posted a video in which he revisits 30 East Drive, the infamous haunted house in Pontefract that has a significant role in the movie. The video was originally released as an exclusive piece of content for followers of Ian's Patreon page. You can watch the clip below...