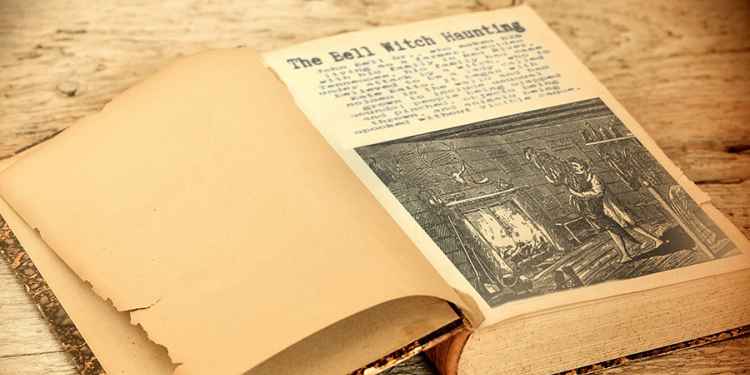 Photo: © M. V. Ingram
As Ian Boldsworth and Barry Dodds continue touring The ParaPod Movie in selected cinemas across the UK, the duo are back with episode five of the companion podcast series. This week, Barry amuses us with a 19th century legend from the southern US states.
Barry starts by telling us that today's haunting took place 200 years ago in Nashville, Tennessee. He starts, "imagine if you will 1804. Imagine the Bell family, John and his wife Lucy. Imagine them moving to Adams to be farmers. Think about the scandal that broke in 1810."
Barry sums it up, "basically John Bell and his family move somewhere," Adams, Tennessee, where a landowner named Fred Batts has had an accident. Because of this, according to Barry, the Batts are "skint, so John Bell buys a bit of land off of them." Kate, who Barry describes as "the wife of the Batt bloke," thinks that the Bells have ripped her husband off.
Unfortunately for the Bells, Kate Batts is thought to have been a witch and as a result, things "start going weird" for the Bell family, like seeing a large dog with the head of a rabbit, stones were thrown at the farmhouse, and eventually strange noises were heard in their house.
The family's children were also effected, including their 14-year-old daughter, Elizabeth. She was awoken one night by a strange noise, and was promptly slapped in the face  by an unseen hand, leaving a hand print on her cheek. Over the weeks apparitions started to appear and strange animals were seen talking in the woods. Elizabeth claimed to have seen a girl in a green dress swinging on a tree, who disappeared.
Some of the locals gathered to try to pray for the family and move on the entity. According to Barry, during the prayer session they asked what the entity's name was and heard a voice in response saying "Kate", leading them to believe that Kate Batts was a witch and was behind the haunting.
John Bell died during the haunting and witchcraft was said to be behind his death, apparently a small vile of a mysterious liquid was found near the body. His death was officially recorded as "death by entity".
Barry says, "in conclusion, what we need to bear in mind, some things get lost in translation. Some things get embellished over time, but it's the first ever recorded 'death by entity'."
If you can't wait for the next episode in the series, you can hear it first exclusively on Ian's Patreon page, where he gives backers who support his work early access to future episodes, and exclusive content. You can also support Barry on Patreon, to find out more about his ghost hunting adventures.