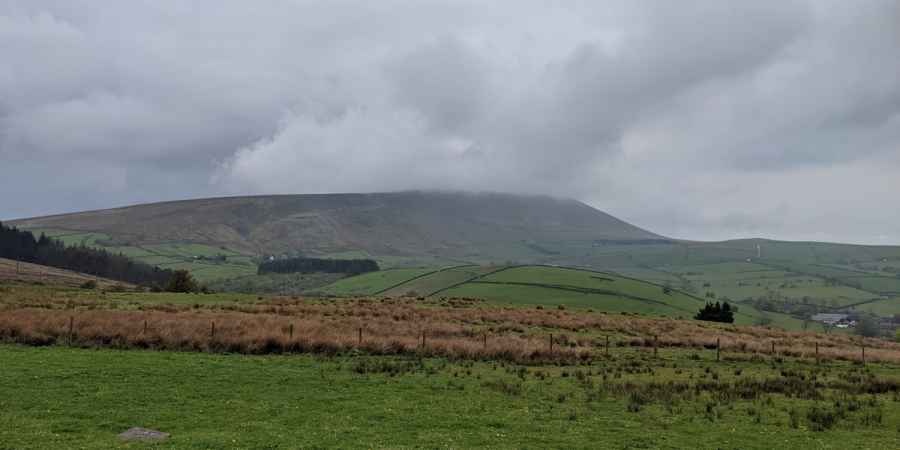 Pendle Hill has become a legendary supernatural location due to its connections to the infamous witch trials. It's a popular location for paranormal investigators and the whole area is now famous for its history of witchcraft.
The story of suffering, execution and witchcraft at Pendle Hill dates back to the reign of King James I, at this time England was living in fear of witchcraft and evil spirits, and those found guilty of witchcraft were executed, but how much do you know about the paranormal landmark in rural Lancashire, its grim past and its hauntings? We've put together 20 tough questions on the history of the area to put your knowledge to the test.

1. It's claimed that which of the accused women is buried in St. Mary's Church in Newchurch in a gravestone with a skull and crossbones carved into it?

2. After their arrest, where the accused imprisoned?

3. How many of the 12 accused were eventually publicly hanged as witches?

4. In which year did 'Most Haunted' broadcast their live special from Pendle Hill?

5. Which of these paranormal hotspots did Yvette Fielding and the 'Most Haunted' team NOT visit during their three-night live broadcast from Pendle Hill?

6. What happened to several of the 'Most Haunted' team during their live investigation of Tynedale Farm?

7. The hauntings around Pendle Hill are said to be related to the area's infamous witch trials, but which of these two Lancashire towns does the are lie between?

8. It's claimed that Anne Whittle desecrated graves in Newchurch, but what was she accused of stealing from the coffins?

9. Roughly how high above sea level is the summit of Pendle Hill?

10. In which year did the Pendle Witch Trials take place?


11. Which tourist attraction created a petition in 2021 calling for a pardon for those involved in the Pendle Witch Trial?

12. Which of these is NOT one of women accused of witchcraft?

13. By what name was Elizabeth Southerns, one of the accused, also known?

14. What is the name of the shop in Newchurch that celebrates the history of witchcraft in the local area?

15. How many people were accused of witchcraft in the Pendle Witch Trials?

16. Which of these is one of the men accused in the trial?

17. Which of the accused witches was known as Chattox?

18. Of those accused of witchcraft in the trials, how many were men?

19. Which of these Lancashire villages can be found in the shadow of Pendle Hill?

20. What was the name given to the house where the accused witches were said to have met?