This week Barry has taken to the internet, based on a suggestion he got on the internet to research the strange claims of a joint human and alien underground facility known as Dulce Base in New Mexico. 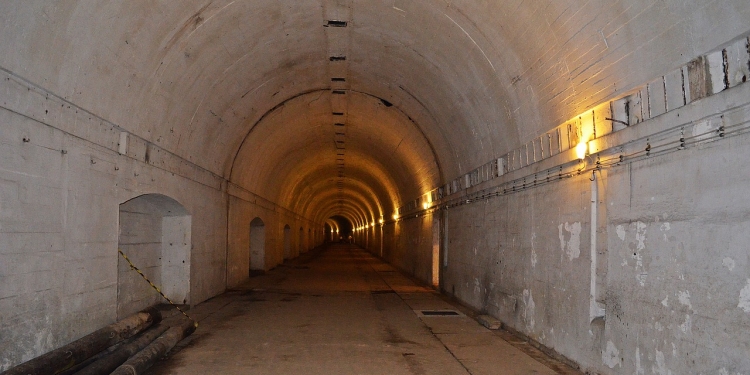 Barry warns us in advanced that this story is "f**king mental," the official story according to Barry is that Dulce is nothing more than an air force base but says there are claims that it is actually "an underground military installation that features a joint US military staff and extraterrestrials where they're collaborating."
Barry refuse to confirm whether he believes the conspiracy is actually true but says the truth probably lies somewhere in the middle.
Apparently the stories date back to 1976 to 1978 when there was a spate of cattle mutilations. When a local scientist investigated the claims he found a glittery substance on the cows' bodies. Further research revealed that the cows contain 70 times the normal amounts of potassium and magnesium.
So, "someone, some where in New Mexico is putting something weird on cows, that's where it starts..."
To go from cow mutilation to a secret underground base with aliens living in it seems like a bit of a leap of faith, but luckily Barry came with some more evidence to back these wacky claims. 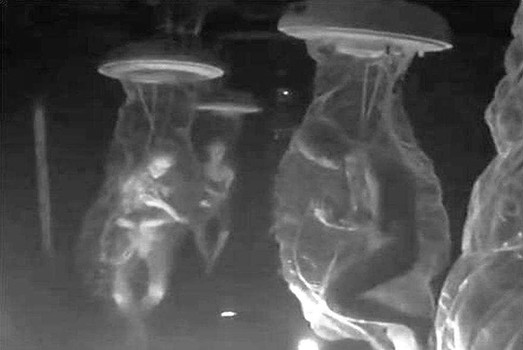 Thomas Edwin Castello was a high-security officer at the Dulce Base AKA the Archuleta Installation in 1979. Barry informs us that "he was a bloke who put something together called the 'Dulce Papers'."
The Dulce Papers were 25 black and white photos, a 6 minute video tape and a set of technical documents regarding the facility. Castello shut down the security cameras at the base a fled with his evidence and went into hiding.
Castello claims that parts of the underground facility were blasted out by nuclear devices in the sixties, nuclear isn't a technique which has ever or will ever be used to dig.
He claimed there were also tunnels sections, that were formed by an advanced tunneling machine that leaves the tunnel walls smooth with a polished black glass look.
After keeping his head down for a while Castello decided to return to his family, only to find military officials there waiting for him and his family had been taken to the base.
According to Castello's testimony there were 18,000 grey aliens living on seven secret levels under Mt. Archuleta and he was nice enough to label those levels for us:
1. Security & Communications
2. Human Staff Housing
3. Execs & Labs
4. Mind Control Experiments
5. Alien Housing
6. Genetic Experiments
7. Cryogenic Storage
The photo above is supposedly one of Thomas Castello's leaked photos from level 6 of the facility, the photo seems to show human embryos being grown in glass containers. However, this photo didn't come from New Mexico, it's just an altered still from the 2000 Arnold Schwarzenegger movie, 'The 6th Day', as you can see below.

Barry claims that Thomas Castello is now in living and hiding somewhere in Europe, according to his research but Ian turns this on Barry saying, "the question is, was he ever alive?"
Ian adds, "if he's hiding in Europe, where's that information come from? How do you know that?"
Barry says "I've no idea, he's put it out there some how." Ian questions this, "he's put it out? From what I've read he wasn't computer savvy and there was someone on the internet who was claiming to be a representative of him and he would field questions."
Ian then has to break the news to Barry that Castello probably didn't exist, "I wanna hear some more about Castello, where was he from? Where's his birth certificate? Where are any records of him ever existing, ever? How many photos are there of him on the internet? I'll tell you now, there's two and they don't appear to match."
According to Ian, there are no records of Castello ever existing, no records of his birth, death or of his family ever existing, nothing. "Everything you've said in the last ten minutes relied on him existing. If he didn't exist, there is no evidence of it."
But Barry doesn't seem bother by this revelation, immediately fighting back by saying, "I've seen drawings of him." 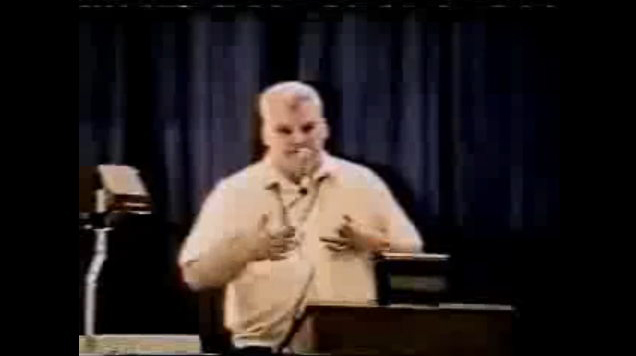 Barry promises that this is "the big ending," Philip Schneider who was born on April 23rd, 1947 and was found dead in 1996. Schneider was claimed to have been a government structural engineer who build Deep Underground Military Bases (DUMB).
Barry claims that "in 1979, he was one of only three survivors from a fire fight that happened in Dulce Airforce Base between the greys and the US forces."
Apparently while constructing the underground base under Mt. Archuleta, Dulce, he used explosives to blast down further and found himself in a natural, underground cavern which was full of 7-foot grey aliens.
Schneider was the first to shoot, hitting three aliens, a huge battle ensues. Schneider is hit by an alien weapon, losing fingers. Another member of the US forces dragged Schneider to safety but apparently 60 humans were killed by the subterranean aliens that day.
Luckily the president stepped in, Eisenhower signed a treaty with the grey aliens which gave them permission to conduct experiments on humans in exchange for alien technology.
However, Philip was dying due to the side effects of cobalt radiation from the alien blast. He was quoted as saying "if it ever looks like I've committed suicide, I've been murdered." He apparently knew the government were on to him and wanted him to stop telling his accounts of the battle at Dulce.
According to Barry, shortly after, Schneider was found dead, he'd seemingly strangled himself with his own catheter tube. Although, there are conflicting reports here, other sources suggest he choked himself with piano wire.

The Problem With Dulce Base 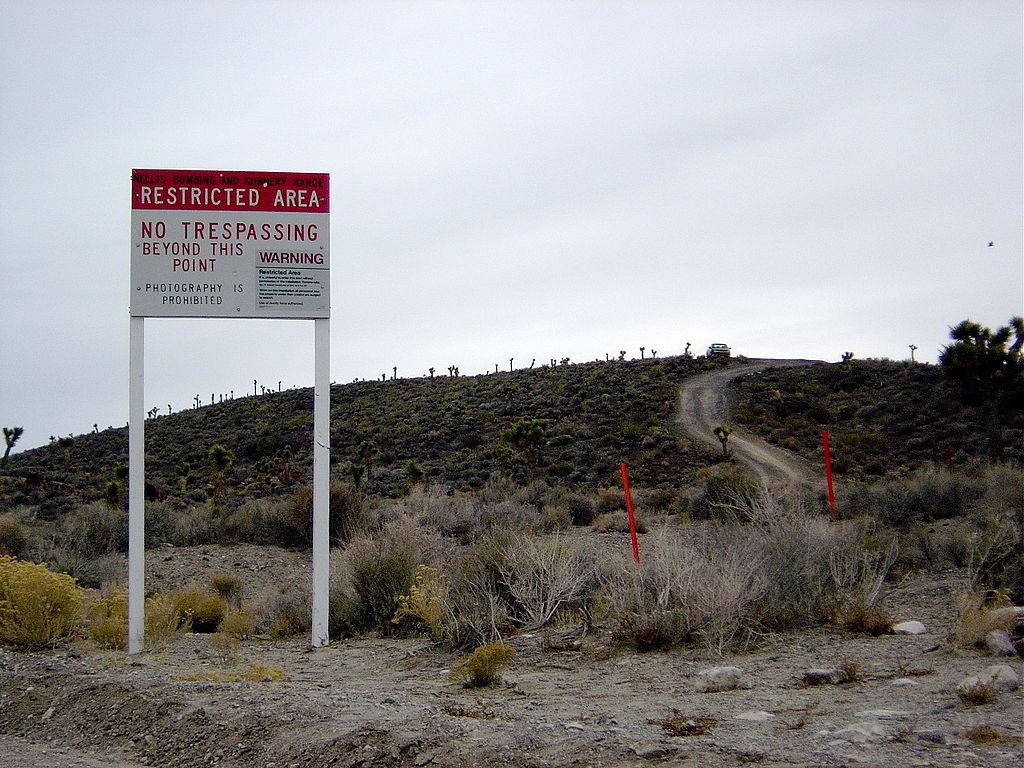 I can go on to Google and search for images of secret bases from all around the world, I can see photos of gates, no entry signs and guard huts. I can even go on to Google Maps and I can find these bases myself and view them from overhead. Area 51 for example is easy to find on Google Maps, as is the secretive RAF Welford in the UK (below).
In a world where conspiracy theorist are constantly trying to seek out information on these places, there's no shortage of photos and videos. Just go to YouTube and put in the name of a secret base and you'll find videos of people pushing their luck with security, driving around perimeters fences and filming through gates.

I'd never heard of Dulce Base before, so while listening to this podcast I decided to see what this place was for myself, I Googled it's location and opened up a Maps window and scrolled around the area looking for this base. There is nothing.
There are absolutely no signs or evidence that any military base exists in or near Dulce. I went back to Google and tried to find photos of gates, guard huts, fences, warning signs or entrances to the underground facility, not a single photo of this nature exists.
On YouTube, there's no videos of researchers driving around the perimeter of the base or trying their luck by driving up the access road.
Eventually I did find a few photos of the base from overhead. One photo showed an L-shaped structure with a circle next to it. I found this for myself on Google Maps, switched to Street View and it turned out to be Dulce Elementary School.
The other set of images shows PNM San Juan Generating station, New Mexico's biggest power plant. It's clearly a power plant, even if it was a cover for a military base it would have to be manned and operational and it would require a lot of staff. Would the air force really want that many civilians working on top of their most secret base?
There clearly is no military base in Dulce. We would know, we would have seen photos, we would know it's name and we would know what happens there, even if it were just a cover story.
Thomas Castello is a fictional character and the claims of underground battles by Phil Schneider are far fetched and ridiculous.

For Ian there was no doubt that he was victorious in this week's The ParaPod. Ian says all of Barry's evidence can be discounted. Thomas Castello's existence can't be proved which means none of the evidence he supposedly leaked can be considered true.
Barry himself admitted that the whole testimony of Phil Schneider, the claims of underground gun battles is ridiculous, so they both agree to discredit his claims which leaves Barry with nothing more than the first thing he mentioned, cow mutilation.
Ian says "I will conceded on this, cows could have been mutilated by whatever it was. All you've got today is some cows got a little bit of cheek pulled out, because every thing else, both you and I have agreed is inadmissible as evidence."
Ian concludes, "so your conspiracy today is, what happened to that cow?"
Ian 5 - Barry 0.