This article is more than six years old and was last updated in March 2018. 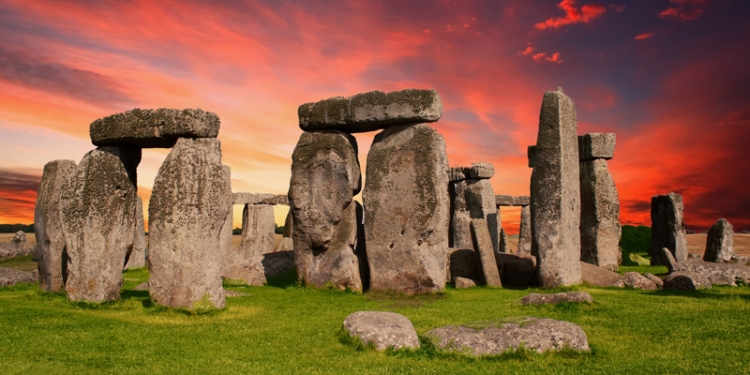 Photo: pixabay.com
Barry Dodds invites us to climb aboard his "Mystery Mobile" along with skeptic Ray Peacock for a tour of the locations of some of greatest mysteries of all time.
The taxi ride has become some what of a tradition. In the first series of the podcast in episode nine, Barry gave us a spooky tour of the Pluckley in Kent, this time he started his mystery tour in Nottingham for some reason and we headed off for out first stop...

Stonehenge
The first stop, which Barry tells us was built in 3000bc and "nobody knows what it's for". He says that the stones came from Wales. How did the stones end up 300 mile away? Well, Barry has a theory. He says that aliens built Stonehenge using stones from Wales as a landing site. Barry explains why they didn't just build it in Wales, because it's a "nicer area" around Stonehenge, "quite posh" he adds.
The Jersey Devil
A mystery from the United States, Barry likens it to the Chupacabra which he'd discussed in a previous episode. Barry says the mythical beast has the body of kangaroo, wings of a bat, horns, and little hands like t-rex. Ray says if it's like the Chupacabra then "it's made up, a totally fictional thing."
Overtone Bridge
We arrive at our next stop, Barry says "I don't know where Overton is, somewhere, Scotland". He says that over 600 dogs jumped off the bridge to their death, it may sound crazy but he has some proof, a sign which says "dogs must be kept on a lead."
The Sound Of Hell
We move on to Siberia, where Barry says "some Russians have drilled a hole, I can't remember why." Apparently  the hole got down to nine miles deep and then they broke through in to something and heard sounds. They lowered a microphone down the hole and recorded the sound of hell.

Clapham Woods
Next we arrived at Clapham Woods in West Sussex where Barry says some lights were seen. Since then "loads of people die in those woods, loads of animals get ill." He says that in 1972 a policeman was found dead in the woods, as well as a vicar in 1978. Barry suggested it might be the work of a secret society.
Alnwick
We then head off to Alnwick in Northumberland, Barry says- "there's some bottle in a window." Ray says "OK, next one..." and Barry moves on without challenging Ray.
Atlantis
The next stop was pretty disappointing, the lost city of Atlantis. Barry starts reading his notes, "Atlantis," before saying "that's all I've got of this one, I abandoned it."
The Beast Of Banff
Barry then says, "we're off to Banff, apparently there's a beast. I've looked into that, it just looks like a big cat."

Ray didn't put up much of a fight, but then Barry didn't make much of an argument for the places on his list. After stopping at the eight most mysterious places around the globe, Ray was pretty unconvinced there was anything mysterious going on, as I'm sure all of the ParaPod listeners will be.
Ray sums it up by saying, "f**king hell mate, you're getting no tip."
Ray 9 - Barry 0.