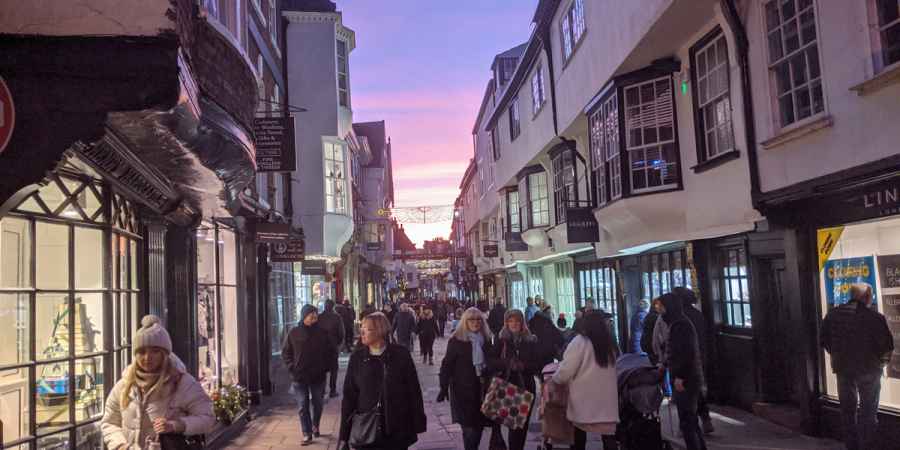 Yorkshire is easily one of the most paranormally active part of the country, but how much do you know about its haunted locations and ghost stories? There are few who don't know about the famous poltergeist house in Pontefract, known around the world as the "black monk house".
We've come up with 20 taxing questions about Yorkshire and its ghosts for you to test your knowledge.

1. Which of these spirits are NOT said to haunt the Golden Fleece?

2. Which of these haunted locations would you not find in the Yorkshire town of Ripon?

3. A house on De Grey Street in Hull has become a popular destination for ghost hunters, but what is the house number?

5. The ghost of a tall man known as Dr Bell is said to haunt which Yorkshire paranormal hotspot?

6. In one of the most violent incidents at 30 East Drive, what was thrown down the stairs?

7. 30 East Drive is said to be haunted by a monk who was hanged and his body thrown down a well, what was his crime?

8. Which well known Yorkshire building is haunted by a maid who once served there named Phoebe Gray?

9. At which location in Yorkshire is there a mock of a Victorian street that's said to be haunted?

10. Which of these apparitions have reportedly been seen at the City Varieties Music Hall in Leeds?


11. The ghosts of a group of Roman soldiers are said to haunted the cellar of which house in York?

12. In 2017 the long-running ghost hunting show 'Most Haunted' caught what appeared to be a ghostly figure on camera at which Yorkshire location?

13. A phantom cat is said to haunt the undercroft of which famously haunted building in the county?

14. What was the name of the family at the centre of the East Drive poltergeist case?

15. Which Yorkshire pub is said to be haunted by a Canadian airman who fell to his death from one of the upper windows during World War II?

16. Which of these is an allegedly haunted former workhouse situated in Doncaster?

17. Which of these ghosts is said to haunt Temple Newsam House in Leeds?

18. During the Civil War the Earl of Newcastle witnessed the spirit of a woman tugging on his bed sheets during the night at Bolling Hall, but what did she reportedly say to him?

19. How many ghosts are said to haunt the Golden Fleece in York?

20. A ghost of a servant girl has been spotted at Hodroyd Hall in Barnsley, but how is she said to have died?