This year's John Lewis Christmas ad, the most anticipated commercial of the year, this Christmas it features a cuddly monster calls Moz. 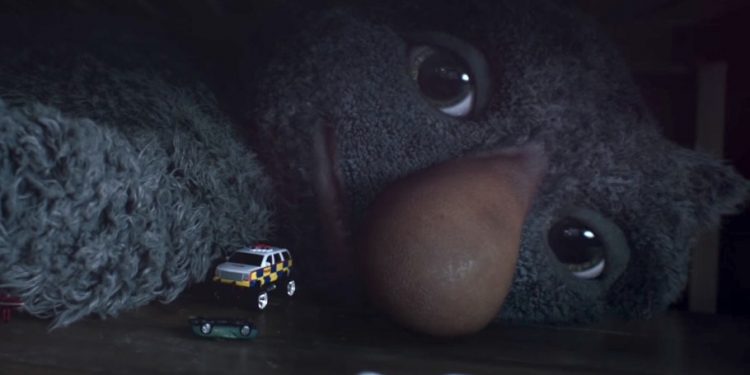 The wait is over, the John Lewis Christmas ad is here to officially start the countdown to December 25th.
This year's advert follows the story of a young boy who can't sleep in the run up to Christmas, his excitement manifests itself as a giant cuddly monster, snoring loudly under his bed.
The boy befriends the monster, who keeps him up all night playing.
When the big day finally arrives, the boy finds a mysterious, badly wrapped gift under his family's Christmas tree. Opening the package he finds a star projector nightlight, the perfect gift to help him sleep.

With so much riding on their Christmas ad, John Lewis draft advert Oscar-winning directer, Michel Gondry. His previous works include the movie, 'Eternal Sunshine Of The Spotless Mind', as well as music videos for Björk, the White Stripes, and The Chemical Brothers.

As always the advert features a gentle cover version of a classic song, designed to make us shed a tear. This year the song is The Beatles 1969 B-side, 'Golden Slumbers'. John Lewis' version is performed by British band, Elbow, fronted by Guy Garvey.