A 15 minute documentary on Corsham underground featuring Nettleden's Steve Higgins along with author Nick McCamley and Chris Davies of Darkplaces.co.uk. 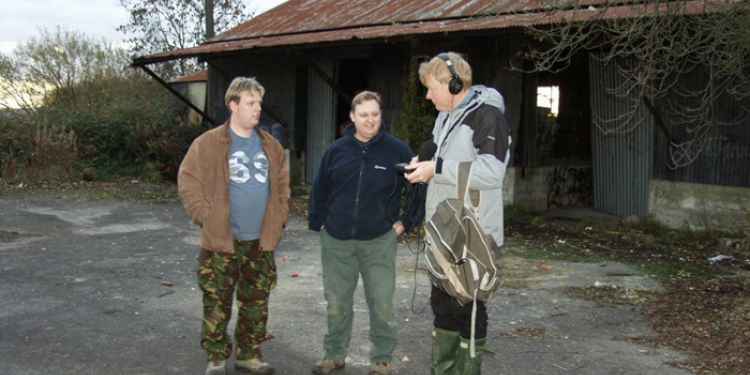 I've been exploring secret bunkers and long forgotten underground spaces for year and have become a bit of an expert on the subject. I've spoke about my fascination with underground exploration on various radio stations including BBC Radio Bristol, BBC Radio Wiltshire and GWR. I've been interviewed in The Times and The Guardian, and I also feature in the book on the subject, 'Underground England: Travels Beneath Our Cities and Country' by Stephen Smith.
One of the most interesting interviews I took part in however was one for a BBC Radio 4 programme called 'Subterranean Stories' presented by Dylan Winter which aired at 4pm one Tuesday afternoon in November 2004. Dylan came to meet myself and a friend, who I shall simply call "Root" above a secret bunker in Wiltshire. We told him all about our hobby, which became part of the half hour long documentary.
Dylan Winter investigates the vast complex of former mine workings in Wiltshire which during the second world war were used as ammunition depots and secret factories producing aircraft engines. An air of paranoia still surrounds the mines, and Dylan meets the shadowy "urban explorers" who try to penetrate their secrets.