I was asked to appear on local radio to talk about a fire which broke out underground at Monks Park Quarry. I spoke to the news teams about the layout and history of the quarry, and about the conditions firemen may be facing underground. 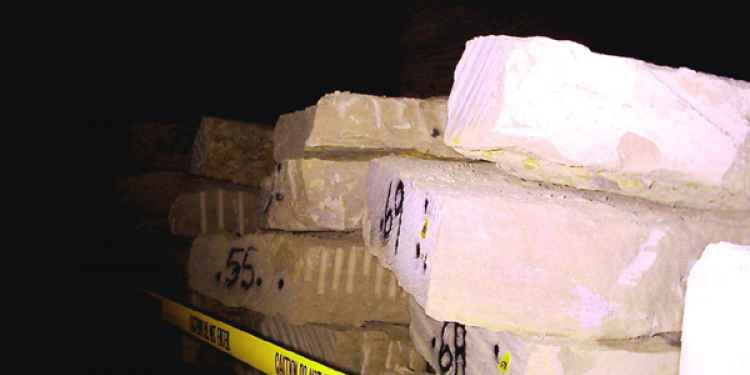 Fifty fire fighters were on scene at the mine in Corsham after the fire broke out underground, Wiltshire Fire Rescue said the fire started on a forklift truck and was contained in a small area.
The biggest problem was getting the smoke out. No one was injured at the site which is owned by Leafield Logistics and used by the Ministry of Defence to store military equipment for the Navy.

How The Fire Broke Out In Corsham

On February 11th 2009 at 9:30am, a fire broke out in the Leafield Engineering part of Monks Park Quarry in Neston, Wiltshire.
Monks Park Quarry is divided into two sections, one part (until recently) was a working stone quarry, the other part was once a Royal Navy storage depot but is now occupied by the Leafield group, a defence sub-contractor.
The cause of the fire was a faulty forklift truck, which was kept in storage underground. All of the staff working at the depot were able to safely evacuate the quarry.
Fire crews from Corsham, Calne, Chippenham, Devizes, Malmesbury, Melksham and Cooper Avon worked together to control the blaze with assistance from the Wessex Mine Rescue Team.
As the underground complex was built, originally by stone quarriers, it's layout is random collections of tunnels and passageways with very little ventilation. This made conditions very difficult for the emergency services.
The fire continued to burn throughout the day, isolated in on area of the quarry as smoke became increasingly problematic. As there was a small risk that the smoke was carrying potentially harmful substances, such as asbestos, The Health Protection Agency were advising residents in the immediate area to stay in their homes and keep their windows closed.
The following morning the Mine Rescue team pumped 20,000 cubic metres of nitrogen gas in to the affected area of the quarry before they could inspect it.
Monks Park Quarry is just one of several quarries in the Corsham area which was converted from a stone quarry to an underground storage depot by the War Department. Other quarries in the area are still in the hands of the Ministory of Defence.
Tags:
undergroundradiourbex