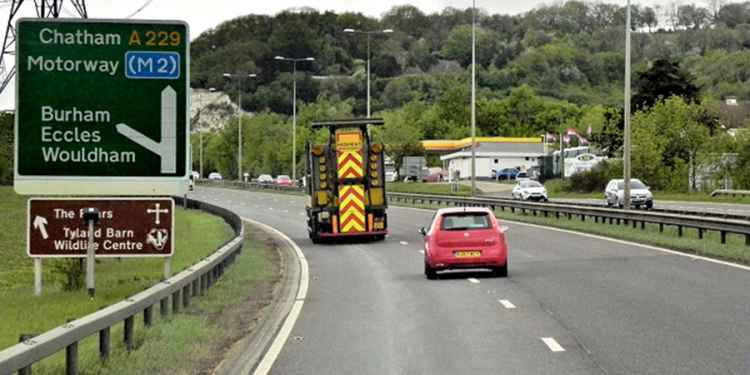 The A229 runs through Kent along the path of a former Roman road. Three motorists were killed at Blue Bell Hill on the A229 in 1965 and ever since there have been reports of ghosts who match the description of those involved in the accident. The ghost of a lone female dressed in white has been seen on the road near the Lower Bell pub, it claimed that she has been picked up on many occasions, only to vanish from the car during the journey. Some of the stories involve a purse or bag being all that remains in the car after the woman vanished.