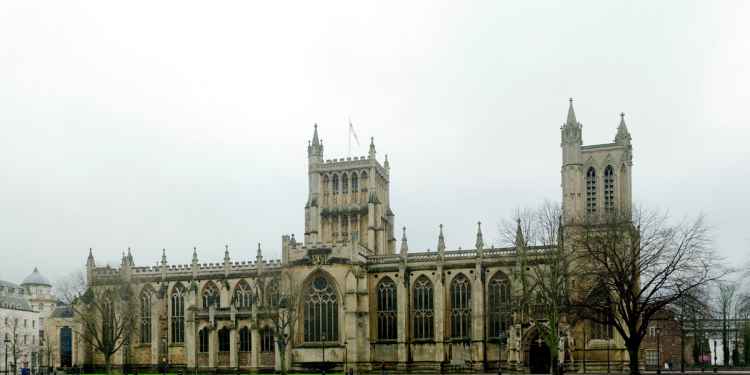 Bristol Cathedral is one of England's most famous medieval churches, it dates back to 1140 when it was founded as an Augustinian abbey and as you’d expect of a building which has seen so much, it has a ghost. The ghost of a monk is often seen walking in and around the cathedral, he’s always seen wearing a grey habit. Most stories from witnesses tell of the monk wandering out of the church's main door on to College Green, before disappearing in to the library next door. The library stands on the site of an old Augustinian priory and while the Augustinians wore black habits, some believe this grey monk may have been visiting the priory in life. He's also spotted in the library itself going through theological documents. The monk entered the library through a bricked up door way which is one of the original entrances to the priory.

The Lost Gardens Of Heligan