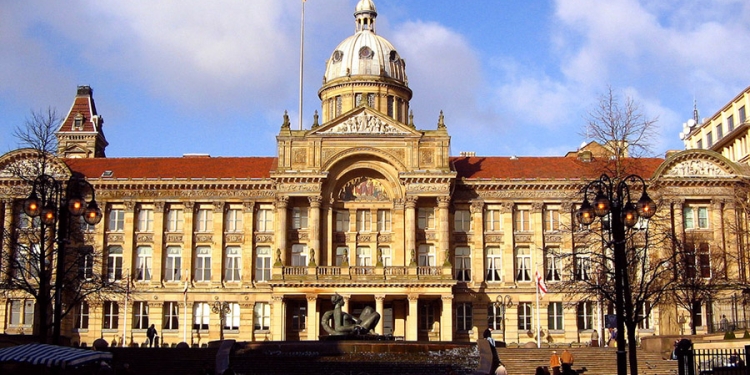 Birmingham Council House is a Grade II listed building in Victoria Square that was built in 1875. The building is said to be haunted by a former mayor of Birmingham, Joseph "Brummagem Joe" Chamberlain, who laid the first stone. Sightings of his ghost usually coincide with the smell of flowers.

His apparition has also been seen by staff in the Lord Mayor's office, wearing a black velvet coat and red neck tie, sat behind his wooden desk, upon which he insisted on always having freshly cut flowers.

The hall was once part of an old monastery, which is thought to be linked to sightings of a shadowy monk roaming the corridors. Others have reported seeing the ghost of a former councillor, who allegedly hanged himself in the entrance hall. His ghostly figure is seen hanging at the top of the main staircase.