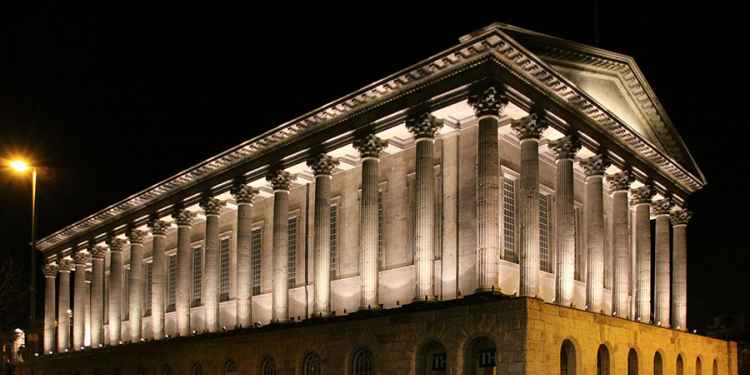 Birmingham Town Hall is a Grade I listed concert hall and events venue in Victoria Square, which opened in 1834. The building is said to have one very famous ghost, the spirit of Charles Dickens, who gave his first reading of 'A Christmas Carol' at the venue on Boxing Day of 1853. His ghost has been seen sitting in the empty theatre and strolling along various corridors in the building. Another of the theatre's resident ghosts is said to be the spirit of a Victorian-era man, who's been seen smoking a pipe at the back of the theatre, when approached the figure simply vanished.

The building's great hall is allegedly haunted by the ghost of two stonemasons, who died in 1833 during the construction of the town hall. The pair were said to have been working on the external carved pillars when part of the roof collapsed and crushed them. Ever since, the men have been seen and heard continuing their work, chiselling away at the pillars.