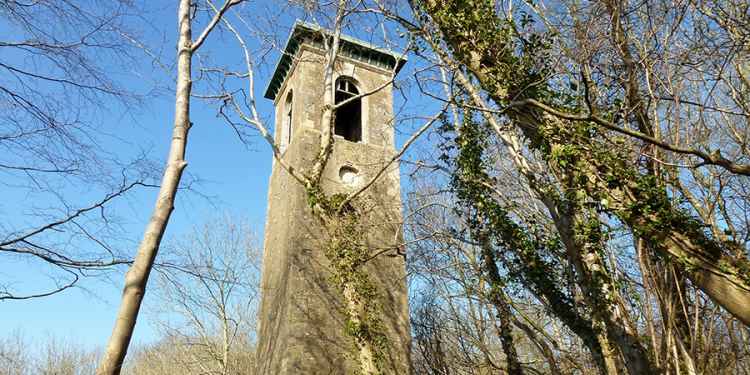 An area of woodland, just outside of Bath, between Bathford and Bradford-on-Avon, that takes its name from a folly tower of the same name, which was built in the middle of the woods in 1848.