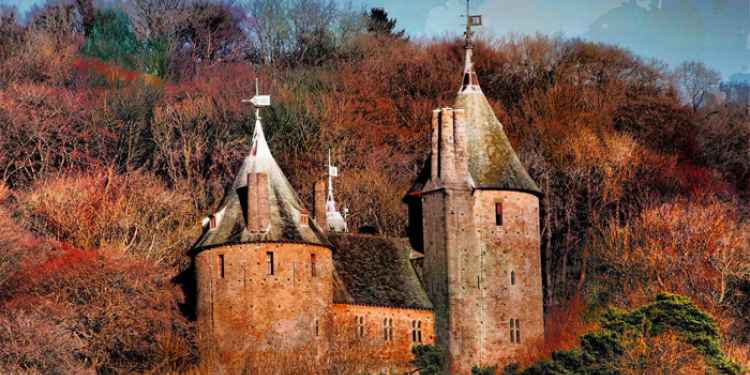 The 19th-century gothic revival castle was built above the village of Tongwynlais, surrounded by protected beech woodland containing rare plant species and unusual geological features and even today. It looks like something out of a fairytale, but according to local myth it is haunted by 13 ghost.

Castell Coch was designed by the architect William Burgess as a country retreat for the Third Marquis of Bute, John Patrick Crichton-Stuart and his family but none of these haunt the building, in fact after the the Marquis died, his widow, Lady Gwendolyn was quick to leave the castle after complaining about a ghostly woman in white. She is said to be a servant who lived in the castle and has been haunting the building since the death of her son. He drowned in the castle grounds in a pond.

Another regularly sighted ghost at the castle is the spirit of a man dressed in cavalier uniform. It's believed that the man had been lucky enough to lay his hand on a large amount of treasure, which he buried somewhere in the grounds of Castle Coch.

It's said that even to this day he comes back to the castle from beyond the grave to check that his hidden riches are safe. The treasure is also watched over by three ghostly eagles.