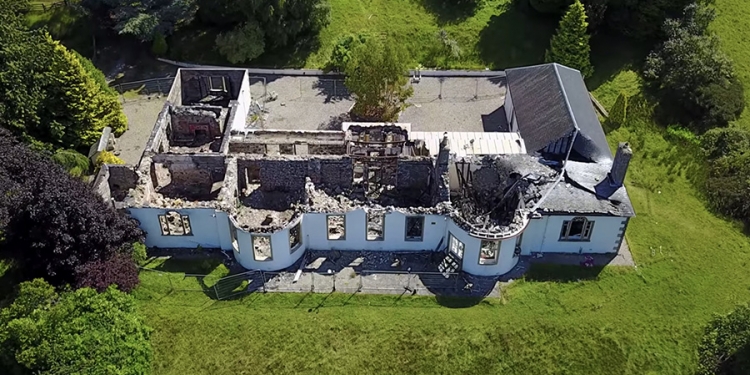 The remains of a home that was once owned by the infamous Satanist Aleister Crowley. It was partially destroyed by a major fire in 2015 and remained in ruins. It fell victim to further fire damage after an arson attack in 2019.

The home is said to be where the occultist performed his ceremonial magic and black magic rituals up until 1913. The remote house was the ideal location for Crowley's rituals, as he believed that "the first essential is a house in a more or less secluded situation."

It was here that he performed a series of rituals known as the Sacred Magic of Abramelin the Mage, the purpose of the ritual was to invoke your Guardian Angel. The process takes over six months to complete, but part way through Crowley was called away to Paris.

It's said that because of his hasty departure, he never banished the demons he had summoned as part of the ritual, leading many to believe that Boleskine House is cursed.