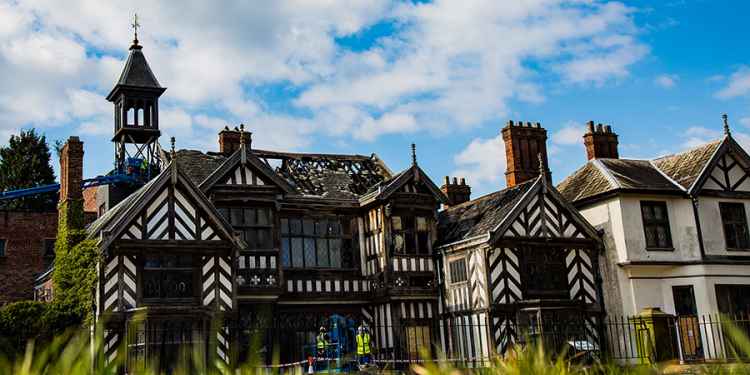 Wythenshawe Hall is a 16th century timber-framed manor house in Wythenshawe, Manchester. It is said to be haunted by a lady in white, she has shown herself to several guests over the year and others have heard her sobbing. She is believed to be the spirit of Mary Webb, a servant who worked in the house in the 1640s.

The hall is also said to be haunted by phantom monks, who are seen walking with the bottom part of their legs in the floor as if they're walking on what was once the floor at a lower level than today's floor. In the library, staff have heard strange unexplained sounds and on one occasion a security guard found that a heavy bookcase doorway leading to the servants' quarters had opened on its own. Staff and guests have also reported poltergeist activity in the form of artwork flying off of walls.