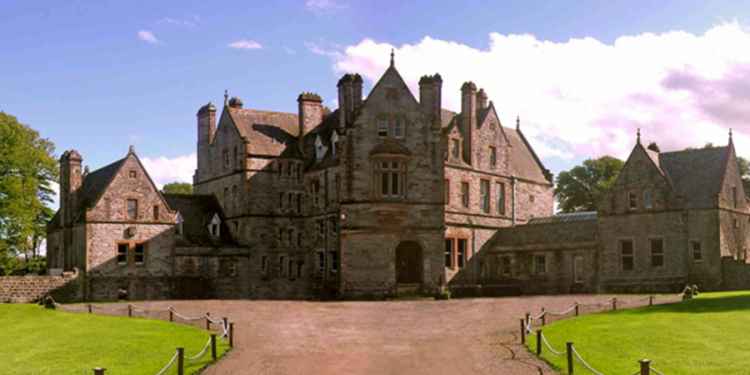 This 17th century castle is now a luxury hotel and has been in the Leslie family for over 300 years, following its purchase by Bishop John Leslie from Sir Thomas Ridgeway in 1665. The castle made headline news in 2002 when Sir Paul McCartney married Heather Mills in the family church located on the estate.

The hotel has had many notable guests over the years including Rolling Stones frontman Sir Mick Jagger, British astronomer Sir Patrick Moore and of course Yvette Fielding and the 'Most Haunted' team, who investigated the castle in 2004, joined by television presenter, Gaby Roslin.

Several deceased members of the historic Leslie family are said to still roam here to this day. The most famous of these spooks is that of Norman Leslie, he was an officer in the Rifle Brigade and was killed in France at the beginning of the First World War. Two days before his death, his mother woke in the middle of the night to see him standing at the foot of the bed. She said he looked at her, smiled and then disappeared. The day Norma died, in 1914, the gamekeeper was standing by the sundial at the lake in the castle's grounds and he saw Norman in his full uniform. The groundkeeper wondered why Norman had come back, but moments later he vanished.

Since then, Norman has been seen around the hotel and its grounds on many occasions, especially in one of the bedrooms, known as the "Red Room" and Norman's former bedroom, where the ghost of a white lady has also been seen. Misty shapes and ghostly figures have also been seen in various parts of the hotel.

Another notable ghost that haunts the castle is that of Lady Constance, who lived in the castle many years ago. She makes her presence known to unsuspecting guests by moving objects around, and opening and closing the doors.