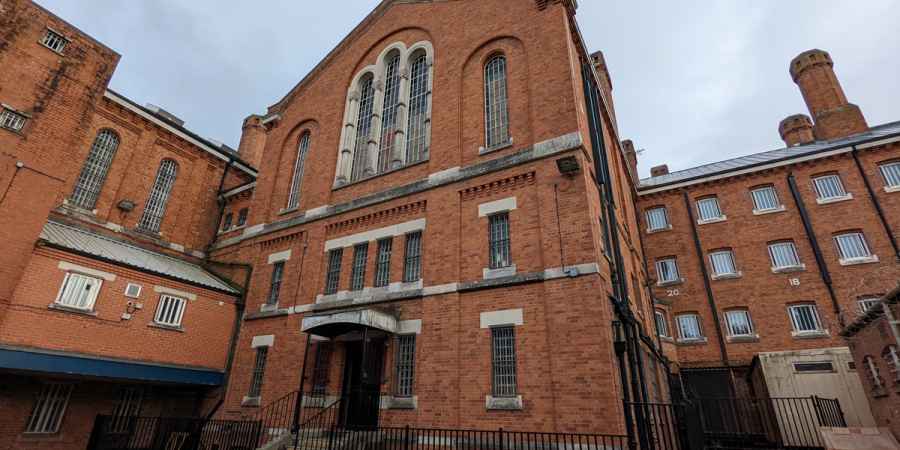 Since its closure in 2014, the stories of Dorchester Prison's ghostly inmates have made it a popular location for paranormal investigation teams.

It's no wonder the prison appeals to paranormal teams with such a long history of incarceration, misery, suffering and even death. Several judicial hangings were carried out at HMP Dorchester, the bodies were buried within the prison grounds. If all this weren't enough, the prison stands on the site of a medieval castle dating back to 1154.
The paranormal activity experienced at the prison includes countless instances of cell doors slamming of their own accord. Witnesses have also reported hearing disembodied voices and footsteps, the jangling of keys on empty wings, and witnessed objects being thrown by unseen hands.
Dark shadowy figures have reportedly been seen walking across the deserted landings in the cell blocks, and sudden drops in temperature have been felt in empty cells.
The prison's best known ghost is believed to be the spirit of a murderer named Martha Brown. She was executed at the prison after being found guilty of killing her husband. She was hanged at the gallows, which stood where a car park stands today near the prison gates. The apparition of Martha is said to have been seen around the prison.
A pond can be found just outside the prison walls along the bank of the River Frome. This body of water is said to be haunted by the ghost of an escaped prisoner who drowned in the water after being weighed down by his chains. Locals have reported the sound of rattling chains in the area.