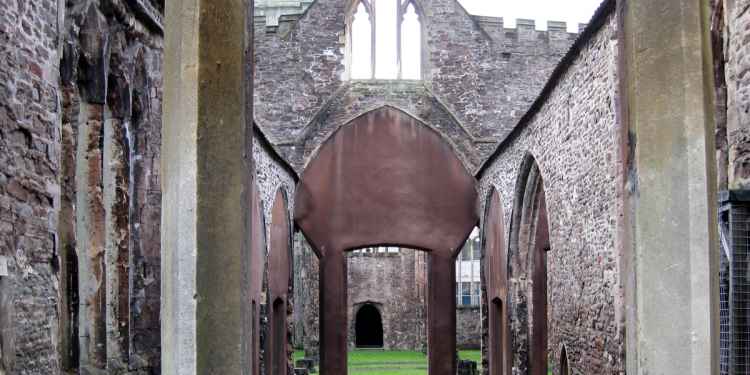 The headquarters of the Bristol fire brigade is located on Temple Back and is the site of many reports of a haunting.

The whole area is steeped in history, its origins go back to the days when the Grand Master of the order of the Knights Templar visited England in 1128 to raise men and money for the Crusades.

King Henry II gave the Templars land across England, including a site not far from Temple Back. The Knights Templar build a church on the site, it was later replaced by Temple Church, also known as Holy Cross Church which remains today albeit as ruins. The church was built on reclaimed marsh land and therefore is famous for its leaning tower.

The history of the Knights Templar is apparent throughout this who area, with Bristol Temple Meads railway station, Temple Bridge, Temple Gate, Temple Street all inheriting their name.

Fire fighters working at the fire station have reported seeing a Knight Templar still stomping across their former land. The apparition of the man was first seen in 1975 and was at first mistaken for a man wearing waterproof clothing, others thought that the ghost's attire was more medieval. He is most frequently spotted in the yard of the fire station but vanishes when approached.