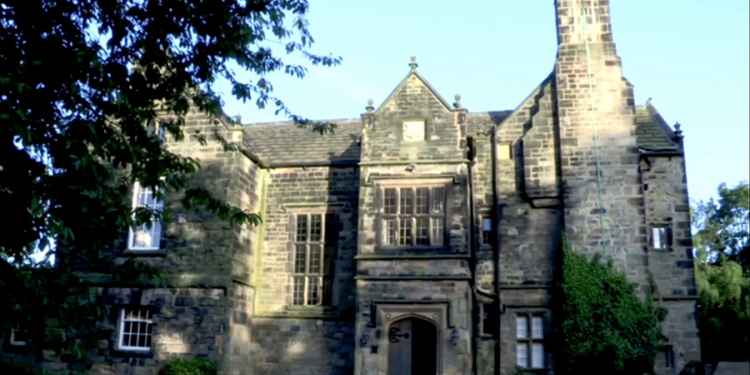 Over the years there has been many stories of strange occurrences at this majestic building, which was once the home of Sir John de Hoderode, who was the steward at Pontefract Castle. There have been reports of dark shadows have seen wandering the empty corridors, the apparitions of a faceless man and hunched over monk have been witnessed, and the ghost of a servant girl burnt alive after being pushed into a fireplace by an unknown assailant is eager to make her presence known.

The hall's main staircase is said to be haunted by the clear sound of disembodied footsteps and the ghost of a tall man, known locally as Dr Bell, who is often seen walking up and down the stairs. The dark and gloomy attic once would have been home to the many servants that served this great house. Although those glory days are gone, their ghosts are still seen roaming throughout the floor in the dead of night.