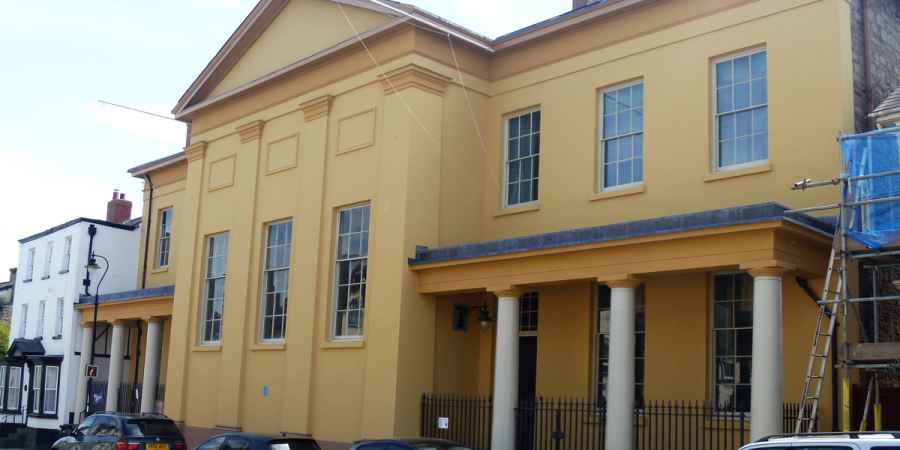 The building and its courtroom were first used in 1829, and over more than 150 years was a place where hundreds of people were tried for their crimes, many of whom paid the ultimate price for their misdemeanours and were sentenced to death.
It's said that many of the dangerous criminals, as well has a few judges have refused to leave the building after their death, and have been witnessed in the form of dark shadows which are seen walking the courtrooms and the judge's living quarters. The cries of a woman who was sentenced to death is often said to be heard, many believe she wanders the building looking for her baby, which she was prosecuted for the murdered off.
In the building's basement, below the courtroom, visitors have reported hearing strange growling and groaning coming from the empty cells. As well as cell doors slamming, before being pounded on from the inside.
In the courtroom itself, witnesses say they've heard voices and noises, even the banging of a gavel, as if the court is in session. Upon entering the room, they've found it to be completely empty.
The upper floors are where you'll find the lavish living quarters which were inhabited by the visiting judges, this area of the building is believed to be haunted by a woman dressed in white. She's said to have been seen walking through closed doors. In the lodging's kitchen, there has been reports of objects being thrown at unsuspecting guests.