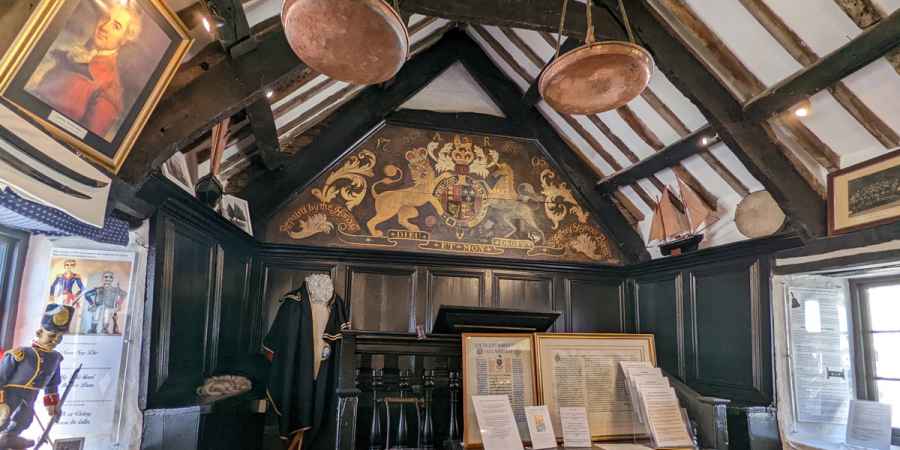 One of the oldest buildings in the Cornish seaside town of Looe, the Old Guildhall is now a museum packed full of artefacts, photographs and records relating to local history, the town's fresh fish trade, smuggling and much more. The fairly small Grade II listed building dates back to the early 16th century and once served as the town hall and magistrates' court.
The Guildhall is accessible via exterior steps to the first floor, which is where you'll find the hall itself. Once inside a steep staircase leads down to the ground floor, where you'll find the to original cells that were part of the town gaol.
The building is said to be home to a resident ghost called Jennifer. She was an attractive young girl, who caught the eye of a town official. It's claimed that one night he locked her up in a cell and she was never seen again. Many visitors have reported that they have felt her presence and the museum's volunteer staff acknowledge her by saying hello to her every day. 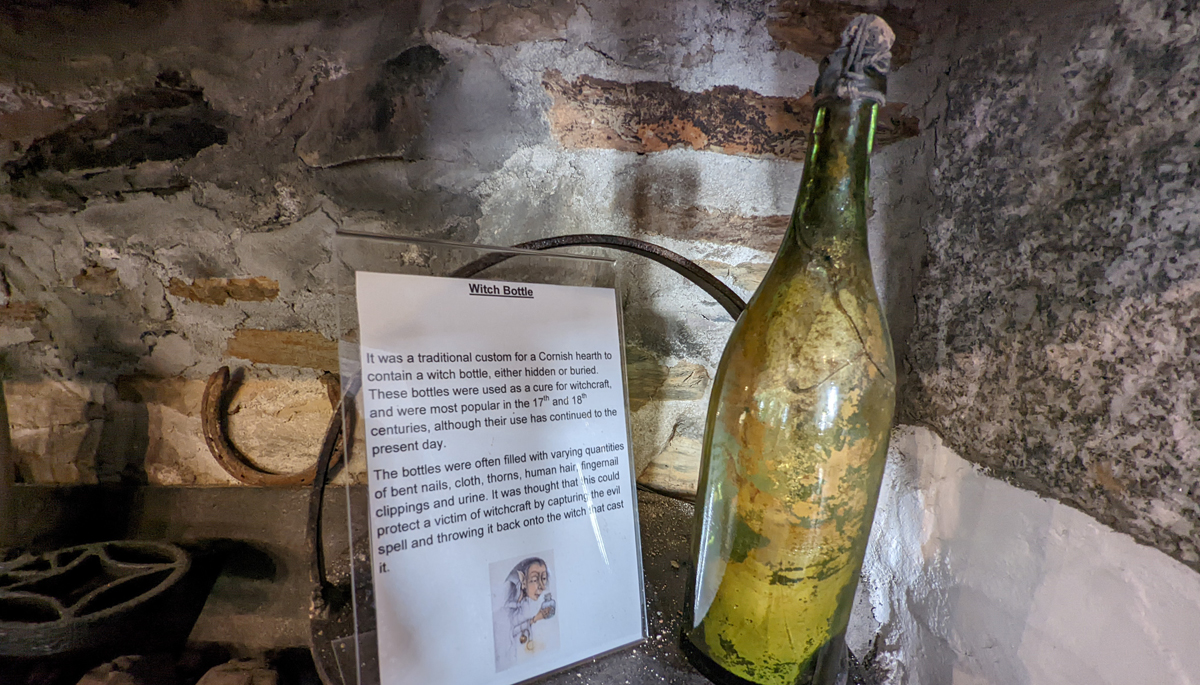 The museum is also home to an interesting occult artefact known as a witch bottle. It was a traditional custom for a Cornish hearth to contain a witch bottle, either hidden or buried. These bottles were used as a cure for witchcraft, and were most popular in the 17th and 18th centuries, although their use has continued to the present day.
The bottles were often filled with varying quantities of bent nails, cloth, thorns, human hair, fingernail clippings and urine. It was thought that this could protect a victim of witchcraft by capturing the evil spell and throwing it back onto the witch that cast it.