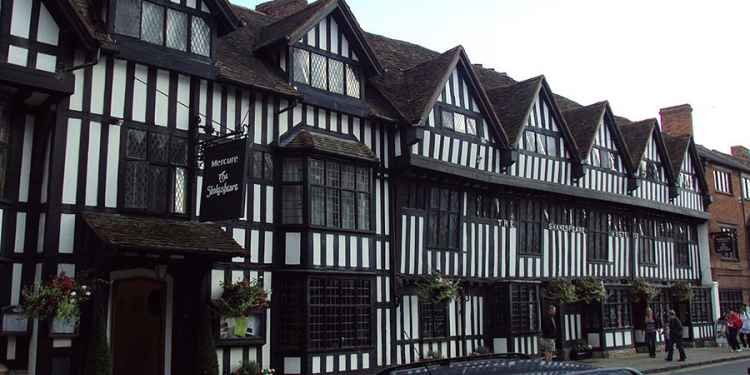 A stunning 4-star Tudor hotel located right in the heart of Stratford-upon-Avon in one of the most historic buildings in the town. The hotel, which is now owned by Mercure, changed its name to The Shakespeare in the 18th century in honour of the local Bard.
The hotel is supposed to be home to several spooks, including the apparition of a cavalier, and the ghost of an elderly man who is often see wandering the corridors. House keeping staff claim to have mistaken the man for a guest. The hotel is also haunted by the ghost of a girl named Lucy. She's said to have hung herself after an assault and now haunts room 203. Her apparition has been spotted by a member of staff and she's said to move guests' belongings around in the night.