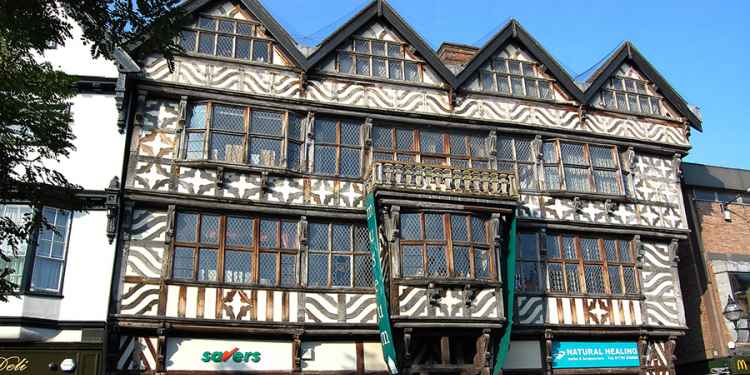 The Ancient High House was built in around 1595, for the wealthy Dorrington family, the ornate timber-framed exterior of the building, is said to be the largest surviving timber frame Tudor townhouse in England.

Footsteps have been heard walking along empty corridors, doors open and close of their own accord, disembodied voices are heard in the dead of night and ghostly figures are seen wandering the building, including a terrifying ghost of a woman who passes through a wall where a door used to be.

The Victorian Room is one of the building's paranormal hotspots. A writing desk in the room has become infamous with the museum staff, because it apparently locks and unlocks itself at will. The ghost of a young child has also been seen here, but when approached, she disappears and the ghost of an old woman has been seen in a rocking chair.

One paranormal incident led to the police being called to the building, the officer arrived and was told their was an intruder inside, but when people described the person to him, he couldn't believe what he was hearing as they were describing a gentleman known to the police man who passed away a few years before.