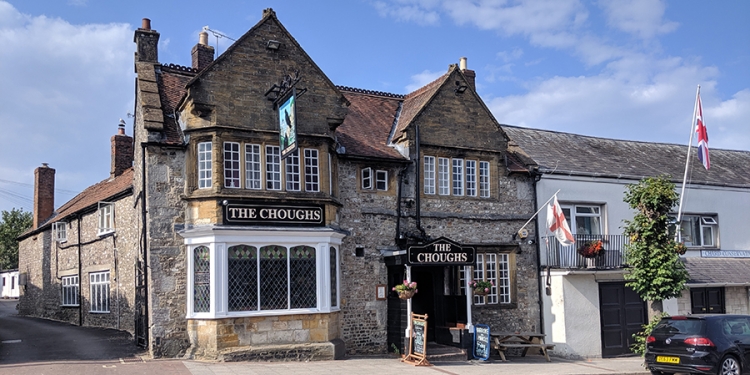 The historic 17th century hotel is located on the main high street through the Somerset town of Chard, and is named after a type of crow that usually inhabits Britain's costal regions. With over 400 years of history in a part of the country that witnessed the Battle of Sedgemoor, one of the country's bloodiest battles. Not to mention the fact at times the building has been used as a school and a brothel, it's no wonder the building has so many tales to tell.

The paranormal activity at the hotel ranged from sightings of dark shadowy figures, a phantom knight in armour and even the sinister apparition of a man crouched down by the fire. It's believed this is the ghost of the infamous Judge Jeffreys, who allegedly stayed in the hotel while he held trials in the old court house down the road.

The hotel's bar is said to be one of the most paranormally active part of the building. Here there have been reports of poltergeist activity including glasses being thrown from the bar. It is here that the disembodied sound of coughing has also been heard and the ghosts of an old couple have been sharing a drink together.