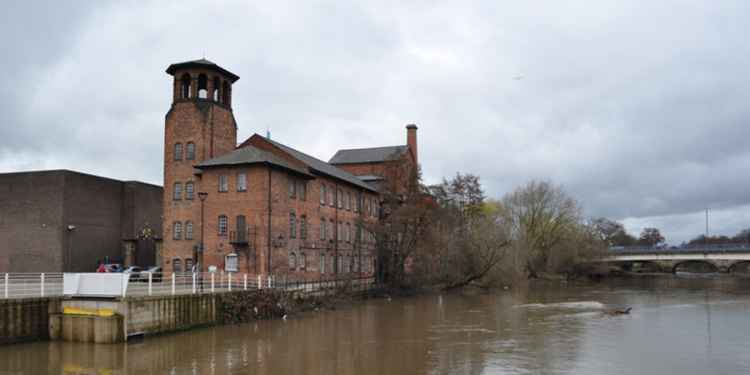 The factory was spread over five floors and produced meters of silk in a day, employing 300 adults and children as young as seven who were expected to work torturous hours in poor conditions. The building is credited as being the birthplace of the industrial revolution, as this was the site of England's first real factory, built in the early 1700s. The mill was destroyed by fire in 1826 and again in 1910, only the bell tower survived, a bell tower that was once used to summon the factory's workers to duty.